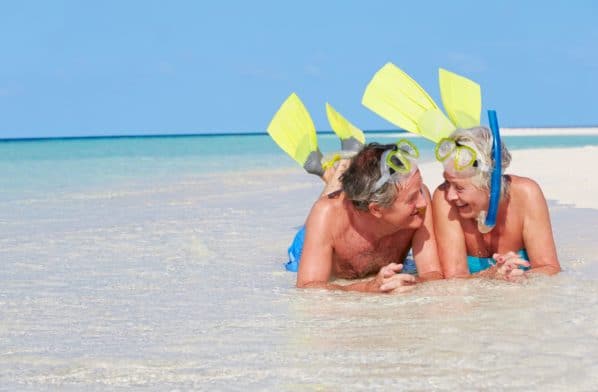 Traditionally, many financial planners have used the income replacement ratio to determine how much money you will need to fund your retirement. The age-banding approach is an innovative strategy chosen due to its increased accuracy and lower initial money required to create an income stream throughout a 30+ year retirement. A hypothetical retirement will be divided into three separate periods. A different investment mix with different amounts of risk taken is then used for each period.

Separating expenses into various bands allows your financial planner to develop a plan with both improved accuracy, and outcomes. Age banding is a relatively new development in the financial planning world. Introduced by Somnath Basu in his 2005 paper “Age Banding: A Model for Planning Retirement Needs”, it’s the method of calculating a dollar amount required to meet all the expenses you will incur during a typical retirement. You’d begin by defining these three different periods of retirement. Although everyone is unique, there are certain trends that are fairly consistent amongst retirees. Among these trends, we see increased amounts used and high inflation rates for healthcare and decreased amounts spent (but with high inflation rates) in leisure during later years. This list is an example of how expenses are not consistent and how they change throughout retirement.

Typically, all funds are invested with a singular level of risk—generally conservatively to protect client wealth against sudden and possibly prolonged drops in the market. Age banding, however, creates separate portfolios invested with various levels of risk according to their timeframe, with more risk added to the portfolios allotted for later years and less risk in portfolios needed in the near term. Because of this, your money is earning a greater amount of return, with only a slight increase in overall risk. Because the portfolio that will be used later in life will grow at a larger investment rate of return, a smaller amount will be needed initially to meet all of those needs. A calculation is done for each of the age bands and is then discounted again to a single lump sum required at retirement. Traditionally, the income replacement ratio was the standard practice dating back to 1979, giving a percentage replacement of current income. Missing from this practice, however, are all of the other variables listed above.

Although an improvement, age banding isn’t without its flaws. One criticism is the increased amount of time and competency it takes for a financial planner to calculate a clients’ retirement needs. This does increase the cost of the work required. It is the responsibility of financial advisors to be able to articulate the value being delivered through the age banding approach and that the cost is worth the outcomes for your given circumstances.

However, improvements over prior methods far outweigh the negatives. These improvements include: 1) a smaller initial funding amount required to pay for retirement expenses, 2) improved accuracy and, 3) the ability to incorporate long-term care policies as a funding source into the retirement plan. The ability to increase the amount of risk safely taken in later portfolios decreases the initial funding amount, making retirement cheaper than other methods. With the financial planner appropriating correct inflation and consumption rates in the various categories of expenses, outcomes will more closely reflect actual costs during retirement. This is an obvious advantage, as both overfunding, but also (and especially) underfunding, represent a significant risk to a successful retirement. Long-term care costs can be an expense isolated from the rest of the portfolio and matched with a long-term care policy to offset that expense directly. These improvements, as mentioned before, improve outcomes mostly by reducing the total funding cost of retirement, but also by reducing the overall risk. Risk is a term that can describe various topics but is defined here as spending all available funds before reaching the end of the plan. The nature of the age banding method requires the advisor to have a deeper relationship with the client.