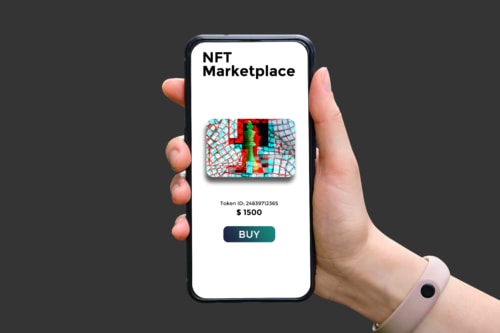 NFTs are digital assets. For those like me, who are old enough to be grandparents, and may still read the newspapers, the concept of a digital asset may not be all that intuitive. “Non-fungible” means that it is a unique asset that can’t be replaced with something else.

NFTs are bought and sold online (usually with a cryptocurrency), and stored and encoded in the same way. The difference is that cryptocurrencies, such as Bitcoin, are fungible and can be traded, or replaced, with another bitcoin. These digital assets can include everything from original art, videos, and music, as well as collectables like electronic sports cards, in-game articles, and whatever else sellers believe will have value to the spending public.

Most NFTs are bought, sold and supported by the Ethereum blockchain. Ethereum, for those who don’t know, is both a cryptocurrency, like Bitcoin or Dogecoin, but also offers a sophisticated, state-of-the-art blockchain that stores extra information needed for all sorts of digital transactions including the processing and handling of NFTs.

Ethereum is not the only game in town, however. There is a growing list of competitors that have also entered the market. They function as a marketplace where NFTs can be stored, displayed, traded, and in some cases, created. These marketplaces are to NFTs what Amazon or eBay are to goods. So how do you access them?

You need to have a crypto wallet. If you already buy or sell cryptocurrencies, you probably already have one. But it must be compatible (and prefunded) with a blockchain that supports the NFT you want to buy. NFTs are usually purchased for a fixed price, or through an auction like on eBay.

The purchase includes a built-in authentication, which serves as proof of ownership. Each original object has its own digital signature that makes it impossible to be traded or exchanged for something that may look similar, but isn’t. Therefore, the buyer can never be stuck with a fake copy of something like a digital Mona Lisa.

Today, although there are many types of marketplaces, universal and art-oriented platforms are the most popular. There are also nice niche players that specialize in things like collectible cards, virtual real estate, and in-game articles.

Some items have sold for substantial sums like a tweet from Jack Dorsey, the founder of Twitter, that sold for almost $3 million. Big business is also starting to dabble in this market. A number of Fortune 500 companies are jumping into NFTs as part of their marketing strategies. Visa, for example, paid $150,000 for “CryptoPunk,” which is just one of thousands of NFT digital avatars up for sale. Nike has patented a method to verify sneakers’ authenticity using an NFT system called CryptoKicks. Marvel, the home of so many superheroes, launched its own NFTs, as did Wayne Gretsky.

Then there is “Beeple,” a digital artist, whose real name is Mike Winkleman, who rocketed to fame when Christie’s, the art auction house, announced they were selling a digital work by him. The auction attracted 125 bidders and sold for $69 million. That was $15 million more than Monet’s painting Nympheas, which sold for $14 million in 2014. A video by the same artist brought in $6.6 million.

The Clip art of a rock just sold for 400 ether, that’s about $1.3 million. The transaction marks the latest sale of EtherRock, a brand of crypto collectables. EtherRock is a JPEG of a cartoon rock, built and sold on the Ethereum blockchain. There are only a hundred available, which I’m guessing is part of the attraction.

What makes a cartoon rock (not even a real rock) valuable? Its’ scarcity value. In a world where there is an infinite supply of most digital creations, NFTs stand out because they are generally one-of-a-kind, original artwork.  Of course, like any product, there is an implied assumption that there is a demand for the object on sale.

Owners of NFTs are taking the chance that no matter how many times you might be able to download a copy of their original, it isn’t the same as owning the Real McCoy. Frankly, you won’t see me lining up to buy a virtual rock anytime soon. To me, it serves no purpose I can see beyond its ability to be bought and sold. I guess it could give you a sense of pride and maybe bragging rights in being the owner of one of only 100 such rocks, although I doubt I would want to brag about that.

Don’t be too quick to dismiss NFTs as just another craze, however. For the starving artist, for example, it is an avenue (without middlemen) where they can sell their works direct to the public and make a living. I believe that in the years ahead, crypto and other electronic currencies, blockchains and the like will replace existing exchange systems as well as transaction settlements.

As the world continues its journey into a digital reality, NFTs could grow and become an accepted part of that brave new world. As we have replaced the ubiquitous oversized travel photo books on our coffee tables, the slide show of our vacations, and even our family photo albums with digital memories, is it so hard to believe that there will be a market for NFTs?