Normally, Wall Street loves GOP presidential candidates. Historically, Republican presidents have been good for business, tend to cut taxes, and slow the rate of government spending. So why does Donald Trump give them the willies? 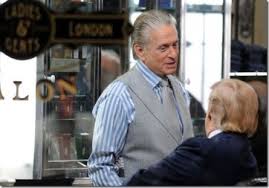 For starters, the investment community worries that Trump is an unpredictable wild card. Remember, that investors can accommodate the good or the bad, as long as the future is articulated in clear terms. For example, Hillary Clinton, the Democratic front-runner, is going after predatory pricing in the biotech sector. That’s bad for biotech so Wall Street sells or shorts biotech stocks until that risk factor is resolved. Another politician says we need a stronger defense capability. So investors buy aerospace stocks on that policy.

What investors can’t accept is uncertainty. As such, some of Donald Trump’s statements have been so outrageous, politically incorrect and economically dysfunctional that Wall Street does not know which way to turn. He cannot be pigeon-holed ideologically.

At times, he appears pro-business only to contradict that assumption by slamming the financial sector on other issues. His statements tend to worry those who believe he could lead the country into a new era of isolation. Attacks on China, Mexico and all things Muslim are just some of his agenda that have given Wall Street a fit.

Trump’s strong populist message seems to resonate with those who are not part of this country’s one percent. It is truly remarkable that a billionaire, real estate developer who resides in the city of one percenters, could dominate among voters in cities that are economically-challenged and where incomes are the lowest. Although the two are poles apart politically, the populist appeal of Donald Trump and Bernie Sanders is similar.

They appeal to a silent majority of voters who have suddenly found their voice. After decades of hopelessness, declining voter participation, and almost universal disgust for both Wall Street and our government, these two men have harnessed that sullen anger and the results have been both unexpected and unpredictable.

It also helps that neither candidate is beholden to either the traditional corridors of political influence or Wall Street money (Super PACS) that has become the basis for our political system. And what Wall Street cannot control, it abhors. Unlike Mrs. Clinton, a traditional (and predicable), slightly, left of center Democrat, Wall Street and Washington is threatened by Bernie Sanders, a self-proclaimed socialist and Donald Trump, an unorthodox deal-maker with little use for ideology or the status quo.

As the election draws closer, Trump’s standing in the polls and wins among GOP delegate’s increases, the Wall Street/Washington cabal is pulling out all the stops to prevent Trump’s ascendency. Mitt Romney, the GOP’s quintessential “company man” and Washington insider, has now joined the fray in earnest. In a speech on Thursday in Utah, the erstwhile Republican candidate for president called Trump a “fraud and a phony” while exhorting Republicans to vote for anyone but the Donald.

Let me be clear, I am an independent so I’m not picking sides in these primaries. As for the individual policies of the Democratic and GOP candidates, there are some things I agree with and some I don’t. But what I do approve of is the populist movement that Trump and Sanders have triggered in this country. Make no mistake, you may not agree or like Trump’s racist’s statements or Bernie’s arguments for wealth distribution, but a lot of Americans do. That is clear in the polls.

And that’s part of what a democracy is all about. Granted, I wish every American could be just like me, rejecting prejudice of either religion or race, advocating the end of political and Wall Street influence, addressing the income inequality gap, etc. etc. but I am realistic enough to understand that our political system has always made room for every view and opinion. In a populist election, the best and worst of us come to the forefront.

There is not much good one can say about the coronavirus, but if one looks hard enough there are a few silver linings. One of which is the revival of the drive-in theatre. Cinemas have been closed for...
Credit the Fed for this week’s bump up in the averages. Technology shares led the charge as usual, shrugging off a sinking economy, higher unemployment, and no progress on another bail out. What else is new? At the...
Dalton — Investing in stocks just got more attractive because of a policy shift announced by the Federal Reserve’s Federal Open Market Committee on Aug. 27. Details are found in the Federal Reserve’s statement of longer-run goals and monetary strategy....