Our national debt stands at $14 trillion and rising $3 million a minute or $3.99 billion a day, every day. Given that our debt ceiling at the moment stands at $14.294 trillion, it is only a matter of time before we once again have to renegotiate the debt ceiling. 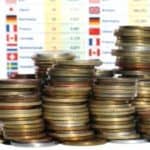 Readers may recall that as a result of the last go-around over the debt ceiling, investors worried that a technical default by the U.S. would create massive negative fallout among the holders of our national debt. “They” (so the story goes) would dump our debt overnight creating a huge spike in interest rates, etc. etc.

Let’s start with foreign holders. China is often mentioned as a critical investor of U.S. government debt. The horror story most mentioned is that China could use their position as a weapon. They could sell their holdings in our bonds sparking a global financial disaster. As the largest foreign holder of our debt, I do not discount the importance of China’s holdings. But as an investor in U.S. Treasuries, China still ranks as a minor player with less than $1 trillion in holdings ($895.6 billion).

China has actually reduced its level of U.S. government debt by $33.4 billion over the last two years. The bond market barely budged as a result. In fact, U.S. interest rates have declined during that period.

For all the talk about China, few know that Japan, considered one of our most reliable economic and political partners, holds only slightly less of our debt at $877.2 billion. The United Kingdom (another ally) is next followed by a global group of oil exporters who use our debt holdings as part of their oil export business. In addition, Brazil, the Caribbean Banking Centers, Hong Kong and Canada hold portions of our debt. None of the above would likely dump our bonds and might even buy more if asked.

It may surprise you to know that over a third of our government debt is held by the United States. The Fed and other intergovernmental holders own $5.351 trillion while state and local governments account for another $511.8 billion (roughly the same amount as Great Britain).

About 60% of our debt is in the hands of the private sector. Insurance companies and depository institutions (banks) hold just over half a $1 trillion while a diverse group of investors including individuals, brokers/dealers, personal trusts, estates, savings bond and corporate institutions, among others, hold $1.458 trillion. Mutual funds own $637.7 billion and pension funds another $706 billion or so.

The point is that contrary to popular opinion the majority of our debt is held in friendly hands. Sure some holders’ of our debt might sell if our credit rating is reduced again or there is some kind of technical default on U.S. sovereign debt, but those would be marginal sellers. Certainly the U.S. federal, state ad local governments would keep what they owned and possibly buy more.

Most of the private sector holders would also keep their investments. It would be difficult for pension funds, insurance companies and others to find a comparable alternative for their government debt holdings. Despite the possible downgrades, U.S. debt is still the safest investment around.

Finally, any credit rating change to our debt would not occur in a vacuum. Investors will always need to find a suitable replacement and in a world where Europe is teetering on the edge, where emerging economies are slowing and currencies go up and down like yo-yos. Our sovereign debt, while not stellar, still appears to be more appealing than the alternatives.