It has been a long time since oil production in this country has been a source of growth. Between domestic regulation, depressed energy prices and off-shore projects, the action in oil has been elsewhere. Now that is beginning to change. 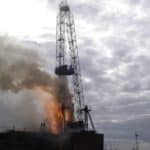 U.S. oil production grew faster than in any other country over the last three years. Names from big oil’s boom days like the Texas Panhandle, the Oklahoma Border and Granite Wash in states such as Texas, Oklahoma and Kansas have been joined by new wildcat states like the Bakken shale area of North Dakota and even Pennsylvania.

Naturally, since it is an election year, politicians are quick to take credit for oil’s resurgence.

“Under my administration, domestic oil and natural gas production is up, while imports of foreign oil are down, said President Obama, which is true but not because of any policies of his administration. Energy exploration and drilling decisions are made many years in advance. Decisions made 4-6 years ago are only now showing up as increased production today.

The real cause and impetus behind this energy rebound is a combination of three factors: the price of oil, an oversupply of U.S. natural gas and new technologies that make drilling and finding new oil cost effective.

Oil is hovering around $100/bbl. and has traded in a rough range of between $85-$110/BBL. most of last year. At the same time, natural gas prices are at a ten-year low so it pays for oil and gas exploration drillers to focus on finding more of the higher priced crude oil component of the energy spectrum.

At the same time, new drilling techniques like horizontal drilling and hydraulic fracturing that contributed to the recent explosion in natural gas production are being applied to traditional oil fields. As a result of the higher prices and cost effective technology, pools of oil and oil shale that were passed up in the past as too expensive to drill, are now profitable to extract.

All this good news still won’t bring this country to its goal of “energy independence” anytime soon. The U.S. is forecasted to consume 19 million bpd of oil by 2020 versus production of only 10.2 million bpd. Of course that forecast can change depending on price, supply, demand and decisions made by both the private and public sector here.

For example, just this week the Obama Administration rejected the proposed XL Keystone pipeline from Canada, a $7 billion, 1,700 mile route through the Great Plains of Texas. The decision is not final, but rather a delaying tactic to allow the pipeline’s supporters to update their proposal. It is projects like this that can impact the nation’s energy production in years to come. Let’s hope this country and its leaders can establish a cohesive energy policy soon that will someday make us energy independent.