The recent controversy over dairy trade policies between the Trump Administration and Canada is only the tip of the iceberg. While Trump is selectively picking on one particular product, the truth is that the United States is losing its competitive advantage in many areas of agriculture. 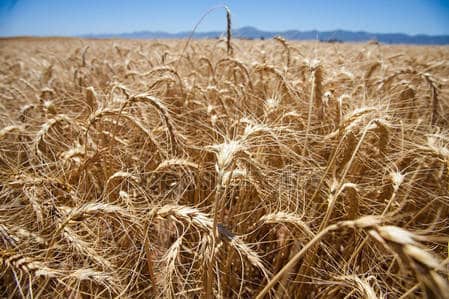 Government subsidies to the agriculture industry worldwide have always been a thorn in the American side. That’s not to say that our farmers have gone without. We too subsidize our farmers. Taxpayers are expected to pay at least $87 billion to help farmers over the next dozen years. And for decades, we have been spending billions each year to protect them from lost income and crop failures.

The difference between then and now is that, despite other countries’ farm subsidies, we were still number one worldwide in a great variety of food stuffs. So we didn’t care as much. Today this nation’s market share for commodity such as wheat, soy beans and corn are shrinking rapidly. Exports of wheat, for example, have declined by over 50% since the 1970s, while countries like Russia have expanded wheat production by over 60% in just the last ten years. As a result, Russia now dominates global wheat production.

And Russia is not alone. Countries in South America, specifically Brazil and Argentina, traditional agriculture countries, have also increased production, thanks to investment, technology, year-round growing seasons, and new planting methods. Four years ago, Brazil overtook the U.S in soybean exports (now the world’s largest exporter) and will be the second-largest corn exporter after the U.S. this year.

How did Brazil accomplish it? Brazil embarked on its agricultural expansion forty years ago. The government enticed farmers to develop vast sweeps of unproductive lands in the north (called the Cerrado) where today over 500 million acres are now growing crops for exports.

There are any number of reasons why we are losing market share, but a lot simply has to do with increased worldwide production. For example, if U.S. crop production remains the same, while other countries produce more, then our market share slips. At today’s prices for wheat, for example, American farmers are expected to plant 10% fewer acres this winter season because it is less profitable. Other countries will be happy to take up that slack.

And then there is the strength of the greenback. The U.S. dollar has been stronger than both the Russian and Brazilian currencies. Since most crops are priced in dollars, it makes our exports more expensive compared to theirs. Lower energy costs has also helped our competitors because it is now much cheaper for an Eastern European exporter like Ukraine to ship wheat between Europe and the Middle East and still make a profit. It is a similar situation wherever you look.

And don’t think that our foreign competitors are still farming with wooden hoe and bags of apple seeds. State of the art satellite-guided combines, genetically-engineered seeds from the top global producers, and computer programs that can dictate the price of harvested crops months in advance are all tools of the trade now.

What could change this balance would be some kind of natural disaster somewhere outside of the U.S. to turn our competitive position around in the short-term. Over the longer term, as costs in competitor countries for labor and land begin to climb, and the worth of the dollar falls back to earth, our comparative advantages should help us regain market share. However, the day when we could call America “the bread basket of the world” appears to be in our rear view mirror.