In the heat of presidential campaign rhetoric, the quality of care given to our veterans has become a popular topic. Needless to say, neither candidate has received care in a Veteran’s hospital and probably does not know anyone who has. 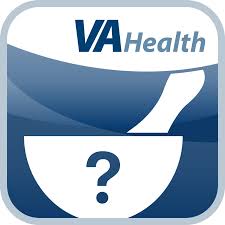 Actually, few of us know anything at all about the Department of Veterans Affairs medical capabilities. Most Americans have never served in the military. Fewer still have ever been inside a VA facility, and if they have, it was to see a relative or friend.

As such, our ignorance breeds a whole host of misunderstandings about how good or bad our veterans are being treated. Critics are quick to point to the 2014 scandal where some Veteran facilities were found to be denying care to service members and covering up those failures as well. But is that scandal enough to completely revamp an organization that has been serving our countrymen through countless wars?

As a vet who has experienced VA medical treatment, I can tell you that I found my treatment both professional and given with a high degree of care. There are plenty of other veterans who have had the same experience.  But don’t take my word for it.

There are at least 60 recent studies (since 2014) done by a variety of medical and other organizations. The results indicate that the care our Vets receive at VA facilities is comparable to (or superior to) that offered by private providers. In areas such as mental health, preventative care, outpatient processes and outcomes, VA treatment was superior to that received in the private sector, according to these studies.

Their goal, which is centered on the well-being and health of each veteran, explains why their track record is better than average. Take my case as an example. I was wounded in Vietnam as a teenager. I am now in my late sixties and the VA has had a record of my health and well-being for practically my entire adult life. They know me from top to bottom, inside and out.

For the VA, there has always been a strong incentive to invest in my long-term health. In addition, the specialists work as a team with access to the same records and treatments that I have received over the decades. Therefore, there is little redundant treatment and my care is not fragmented among various doctors, hospitals etc., as it can be in the private sector.

The VA’s motives are to keep me healthy and living longer and that gives me a warm, fuzzy feeling. In the private sector, profit dictates what happens to the patient. Those who favor privatization of the Veteran Administration’s medical system can swear that won’t happen, but ask me if I believe them? And who says they can run the VA any better? If I look at the performance of the prison system, where privatization has been the buzz word for years, I am not impressed nor convinced they do a better job than the state.

Doctor Joseph Lalka, who worked as a primary care physician at the VA for five years and is now retired, thinks that privatization would be a big mistake. Even though he recognizes the faults of the system, he believes the vast majority of services fill the Veteran’s needs. Improvements can always be made and the timing of visits to specialty treatment, in particular, is one obvious area that needs to be upgraded, he says.

Remember also that a lot of vets treated at the VA have combat-related traumas and disabilities. You don’t see that often in your run-of-the-mill hospital or medical office. Their treatment costs money and requires expertise born from experience. It is hard for me to believe that the private sector could do a comparable job in this area of medicine. Of course, with trauma comes pain medication and with that the higher chances of developing an addiction. It is a problem that is affecting many Americans, not just Vets. Treatment of drug addiction is another area that could be improved at the VA.

I’m sure there are readers out there who disagree with my stance and I would love to hear from you. In the meantime, fix what needs fixing, but don’t jettison a system that has served its veterans well in their time of need.

Nurses and other healthcare professionals in the Berkshires and across the United States find themselves in a unique retirement situation: the 403(b) offered by their employer can be stewarded by the financial management firm of their choosing...
President Biden and the U.S. Department of Education announced a plan on Wednesday, August 24, to provide further assistance to federal student loan borrowers. If you have private loans only, unfortunately this won’t apply to you. But...
For the Federal Reserve, slowing inflation may mean slashing job growth. Will we trade high inflation for high unemployment? Berkshire Money Management CEO and Founder Allen Harris explores how employment is impacted by interest rates, and why the...