Student loans have now become the second-largest pile of consumer borrowing, after home mortgages. What’s worse, it is the fastest growing slice of American household debt and shows no sign of slowing down. 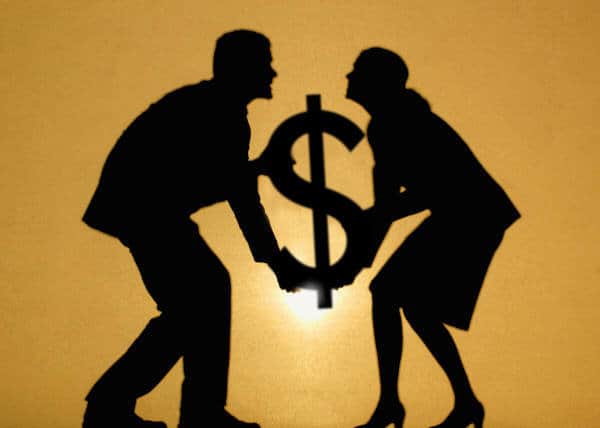 Young Americans are going to college in droves. At the same time, the costs of higher education are at historical highs. That combination has become a lethal cocktail that could hamstring young workers over their entire life and along the way damage the overall economy.

Since the financial crisis and Great Recession over a decade ago, student loans have grown by almost 157%. Compare that to auto loans, which have risen 52%. In the case of mortgage and credit card debt, we have seen a decrease by about 1%.

At this point, the total loans outstanding amounts to $1.5 trillion, almost the same as this year’s tax cut. If students graduate and land a good-paying job, so the theory goes, they should be able to service that debt and ultimately pay it off, even if it takes half their lifetime to do so. But, if you ask the 44 million Americans with student debt, that is not what’s happening.

Many graduating students can only blame themselves for their predicament. During the financial crisis and its aftermath, many students figured going to college would provide the skills that have now become the minimum requirement to land a well-paying job. What’s worse, their parents–who should have known better–allowed their kids to pick and choose what they wanted to study. It turned out that many of those degrees (in liberal arts, for example), failed to provide enough money to even service their student debt load. Degrees that did, like post-graduate law and medicine, required much more study, money and effort to attain.

More alarming still is the rate of loan delinquencies. It is higher than all other household debt, if we measure it by failure to pay. Over 10% of student borrowers have now failed to make their payments in the last 90 days or more. To put that in perspective, the delinquency rate on home mortgages stands at 1.1%.

Even the Fed is worried about the problem. Jerome Powell, the Chairman of The Federal Reserve Bank, explained it back in March when he testified before Congress. He pointed out that failing to pay your bills under the student loan program damages your credit. As a young person starting out, your credit rating is already shaky. Delinquencies could put you in a credit hole for a large part of your working life.

As it is, 85% of college students work at paying jobs just to afford what their student loans don’t cover. Many of them need to live with their parents because the costs of college are simply too high to manage on their own. As this debt mounts (and it will), it ultimately starts to crimp the overall economy.

Homeownership, for example, has declined because of student debt. “Household formations,” as economists like to call it, among workers between 25 and 35 years old is stagnant, thanks to overwhelming debt payments. The entire generation of Millennials and beyond are loaded down with student debt, and it is limiting how much they can spend on goods and services.

The only good news is that, unlike the mortgage debt crisis, student loans do not present a risk to the entire financial system. However, that may be small comfort to those who face a mountain of student debt repayments. My advice to parents, as well as their children, is to think long and hard before making a college decision.

If, for example, your child is not willing or capable of graduating with a degree in the hard sciences that have great job prospects (triple digit salaries), it may be much better to attend a vocational school. At least that way, the costs and debt load will be much lower and prospects for a good-paying job are somewhat brighter.

To Our Family of Clients, Last year felt like it would never end. It wasn’t as bad as 2020, but we still felt the weight of the COVID-19 pandemic. In contrast, 2022 felt like a blur. This was...
Spam emails, texts, and calls – we all get them. The offerings are usually too good to be true: a free cruise, an inheritance from a long-lost aunt, a free iPhone. Who wouldn’t want to be the lucky...
Are financial questions keeping you up at night? Financial Advisors Holly Simeone, CES™ and Lauren Russo, CEPA, FPQP™, CVB, together with Paraplanner Angela Elzner, FPQP™, invite you to invest in your financial health by joining them during Open...