The pumpkin harvest is in and America’s farmers assure us that there will be enough supply available for October and maybe even through Thanksgiving. The Christmas holiday season may be a bit more problematic. 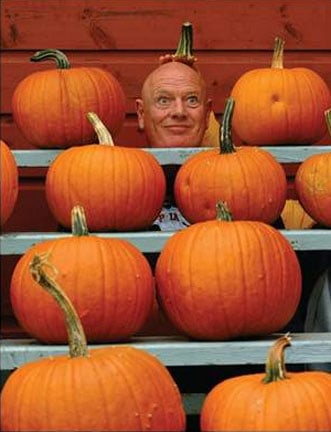 Heavy summer rains in parts of the Midwest and elsewhere, as a result of El Nino, have crimped production of this year’s pumpkin crop. Illinois, by far the largest producer of pumpkins in the country, has been especially hard hit. Over 80% of all commercially grown pumpkins in the U.S. are grown within a 90 mile radius of Peoria. Morton, a small town outside of Peoria, for example, processes 100,000 tons of pumpkin every year. That amounts to enough canned pumpkins to make 50 million pies.

Americans love their pumpkins. Beginning in October, families make their annual trek to their local farm for that perfect pumpkin. Farmers not only bank on that event, but have expanded on that local tradition by offering consumers other harvest experiences such as a trip through their corn maze, petting zoos and haunted farm houses.

Pumpkin-flavored or scented products are also a big business. Starbucks has sold more than 200 million pumpkin-spiced lattes since introducing that drink back in 2003. Candles, pillows, pasta sauce and even pumpkin tortilla chips start showing up in grocery stores about this time.

As Halloween approaches, windows, doorsteps and porches are sprouting jack-o’-lanterns carved from pumpkins. More and more communities are holding carving contests that have elevated this member of the squash family to a work of art. The practice of pumpkin carving is centuries old and originated in Ireland. “Stingy Jack,” a mythical Irishman of unsavory character, tricked the devil on several occasions, or so the story goes, with serious consequences. Jack was banished from both heaven and hell and sent roaming the Earth for eternity with only a burning coal to light his way.

Ever resourceful, Jack put the coal into a carved-out turnip. As the myth took hold, believers in England, Ireland and Scotland began making their own versions of Jack’s lantern by carving scary faces into turnips, potatoes and even beets. They placed them in windows and doorways to frighten away Stingy Jack and other evil spirits around this time of year. Immigrants from the United Kingdom continued the tradition and found that pumpkins, a native fruit grown in this country for 5,000 years, made perfect jack-o’-lanterns.

The pumpkin business overall is only worth about $150 million a year in the U.S. Economically, pumpkins are a low-cost (but also a low-margin) product that requires a lot of room to grow. Acreage planted in pumpkins could be used instead for higher profit produce. As a result, only a little over 51,000 acres of these orange beauties are harvested each year. Unfortunately, the rain has reduced this year’s crop by about one-third.

The Department of Agriculture believes there will still be plenty of pumpkins to supply our needs through Thanksgiving, but there may be some shortages after that. In which case, just to play it safe, buy a few extra cans of pumpkin pie filling early, so you can be sure to have that dessert on hand for the holidays