Income inequality in the United States should worry you. Chances are if you are reading this column, you still count yourself as one of America’s middle class. Just how long that will be true may be entirely out of your hands. 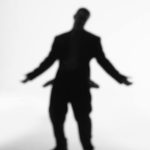 If you think I’m exaggerating, just take a moment to review this most recent data. Income inequality in America has been on the rise over the last thirty years. Last month the Census Bureau found that the highest-earning 20% of households earned 51.1% of all income last year. That is the biggest share on record since 1967. The share earned by middle-income households fell to 14.3%, a record low. From 1979 to 2007, incomes of the richest one percent of Americans soared 275% earning 23.5% of all income, the largest share since 1928.

At the same time, poverty has deepened. Fifteen percent of Americans lived below the poverty line which comes to 46.2 million people –46% more than in 2000. If it were not for unemployment benefits and social security payments, millions more would fall below that poverty line.  Income inequality is worst today than at any time in American history.

That’s right, back in 1774 the gap between American’s incomes was smaller than it is today, according to the National Bureau of Economic Research. Two historians argue our present condition is even worse than it was during the Roman Empire. The top 1% of ancient Roman earners controlled 16% of the Empire’s wealth compared to America’s present 1% who controls 40% of America’s riches.

And yet, when Americans voters are asked how important income inequality is to them only about 17% think it is extremely important for the government to try to reduce income and wealth inequality. There could be several explanations for that willingness to witness more and more of the nation’s wealth falling into fewer and fewer hands.

One reason is the belief that each of us has a chance to become one of those favored few. Back in the Fifties, for example, 87% of Americans thought there was plenty of opportunity to progress. Americans may be worried that if the government attempts some kind of Robin Hood redistribution grab, it could hurt their chances or their children’s prospect to become the next Donald Trump.

Equally important is the belief that capitalism cannot work without income inequality. What incentive would the entrepreneur have to invest, to take chances, to innovate if the government’s heavy hand of taxation simply appropriated his hard-won gains? It is the same argument that Ayn Rand used in her book “Atlas Shrugged.”  The logic is simple: since inequality is good for capitalism, the more inequality, the better capitalism works.

Some economists contend that the phenomenon of income inequality is not confined to the United States. The rich are getting richer all over the world. One economic theory that could account for this trend is that income inequality rises in an industrial revolution, falls as the country grows and develops and then rises again.

For some of the wealthiest nations, especially industrial exporters like America in the 1950s and 1960s, income equality was on the rise. The U.S. was one of the dominant capital goods exporters in global trade and average incomes kept pace with productivity. But as the rest of the world caught up, America began shipping much of our industrial capacity off-shore. In its place the technology and service sectors came to the forefront. Unfortunately, technology actually reduced the number of middle income jobs in America and the service sector paid far less than factory jobs. This all happened as economic growth began to moderate.

In my next column we will see exactly where the United States now stands in relation to the rest of the world in income inequality. We will also address what this continuing trend will mean for you and your children in the years to come and what can be done to reverse this trend.