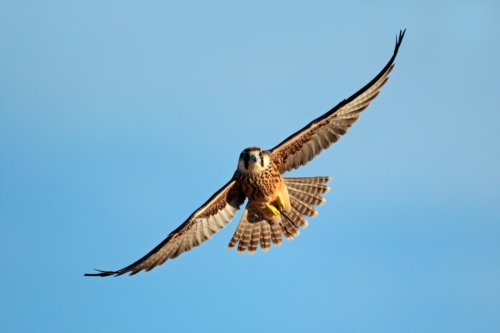 On Tuesday, November 30, during testimony before the U.S. Senate Banking Committee, Jerome Powell, Chairperson of the Federal Reserve bank, did an about face on monetary policy. Powell appeared to take on a new mantle, that of the nation’s chief inflation fighter, casting aside his former dovish stance towards continued easing of monetary stimulus. Investors are asking “what changed?”

“We’re now looking at an economy that’s very strong and inflationary pressures that are high,” Powell said. He went on to say that it might be “appropriate to wrap up our purchases a few months earlier.”

Powell was referring to the planned tapering of the Fed’s monthly purchases of fixed income assets. Since March 2020, the Fed has purchased at least $120 billion in Treasury bonds, and mortgage-backed securities as part of an emergency monetary stimulus program to combat the effects of the pandemic on the economy.

Last month, the Fed, after months and months of preparing the market for a purchase reduction, finally announced they planned to reduce purchases by $15 billion per month until the purchase program ends sometime next summer. Investors, having taken that on board, were suddenly told this week that the timetable may be accelerated.

For weeks, central banks have been struggling with rising prices throughout the global economy. Several nations have already taken steps to rein in inflation by raising interest rates. Here in the U.S., the annual inflation reached its’ highest level in 30 years two months ago. As inflation continues to climb and spread throughout the economy, the pressure for the Fed to do something has mounted.

Inflation, like almost everything else in this nation, has become a political football. Republicans have used the fear of inflation to scuttle the administration’s Build Back Better spending proposal. At the same time, Democrats have argued that pulling back support for the economy until unemployment returns to its pre-pandemic levels would be a mistake. As it stands, the nation has recovered about 75% of the jobs lost, but there are still millions of Americans that have yet to return to the labor force.

The fly in the employment ointment continues to be the coronavirus. Each new variant of the virus delays further gains in labor force participation.  Over the Thanksgiving weekend, for example, another variant called Omicron, presented itself with the first case discovered in California. Depending upon the outcome of this new threat, the risk to inflation could rise as supply chain problems worsen throughout global economies.

At this point, however, inflation is increasing its hold on more and more areas of the economy, regardless of the supply chains problems. “I think the risk of higher inflation has increased,” Chairman Powell said, adding that he fears inflation will persist “well into next year.”

Powell’s testimony before Congress was his first public appearance since President Biden nominated him for a second term. As I mentioned, inflation has become a political problem, especially for the president. Was it an accident that Powell’s stance on inflation altered just a week after his nomination?

No one knows what the two men discussed during their meetings, but it doesn’t take a rocket scientist to imagine that the issue of inflation came up. Some think that Fed Vice Chairperson, Lael Brainard, lost out for the top spot because she was perceived to be a little less hawkish on inflation.

Whether political or not, Jerome Powell’s decision to tighten monetary policy in the months ahead, while the coronavirus continues to be a serious issue, heightens the risk to investors in the future.