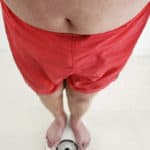 The statistics are some of the most accurate in the American medical community. Overall, 35.7 percent of the adult population and 16.9 percent of our children are obese. If you add in those Americans who are merely overweight, then two-thirds of this nation are on the road to higher health costs, a shorter life and a miserable life style.

Obesity-related illnesses cost us $179 billion annually, with obese Americans spending 42% more per year for medical care than the non-obese to treat everything from type 2 diabetes to heart disease. Breaking that down into individual dollars and cents, it costs $4,879 for women and $2,646 for men every year in various costs associated with being overweight or obese.

It means that obese women pay nine times more and obese men pay six times more in associated costs than do individuals at a healthy wright. Besides the obvious individual health costs associated with this American epidemic, there are also work-related costs that you may not realize.

Much of the statistical data on how many of us are overweight or worse is derived from measuring the Body Mass Index, a cheap and simple formula to determine a rough estimate of body fat. You use your weight and height to compute a score. Those over a certain score are considered overweight and as your score increases so does the obesity factor.

Let’s take me for example, for most of my adult life my weight fluctuated between 185-190 pounds. At six-foot, two, I smoked and worked out like a fiend (love those contradictions). Seven years ago, I quit smoking, stopped exercising, and subsequently ballooned in weight to 255 pounds. My BMI soared from 24 to 33. I avoided standing on the scale and hated getting my yearly physical for obvious reasons. What I didn’t know, won’t kill me (yep, another contradiction).

In the meantime, my brother, who is three years younger than I and about the same height and weight, came down with Type II diabetes because of his weight. It was only a question of time before my added pounds was going to show up as serous health issues.  I started back to the gym but continued to eat what I wanted. I gained even more.  It was at that point, I realized that I had been kidding myself. I wasn’t overweight, I was officially obese.

Almost 55 pounds later (and lighter), the years seem to have have fled and I feel better than I have in a decade. The point to this “true confessions” is that although I knew all the obesity statistics, I never considered myself anything but overweight. I suspect we are all the same until something happens that allows us to take a bite out of reality.

There is good news and bad news about the obesity epidemic in this country. The Centers for Disease Control and Prevention announced that after two decades of steady increases, obesity rates in adults and children in the U.S. have remained unchanged during the last 12 years. Either we have reached the saturation level in the population where everyone that is prone to gaining weight has done so, or that the constant drum beat of public education on the dangers of obesity has made an impact That’s the good news.

The bad news is that a recent study by the New York University School of Medicine indicates that obesity in America might be far worse than we think. The culprit is the same BMI that we all use to determine obesity. Although the BMI is cheap and the starting point for measuring a weight problem is also one of the least accurate medical tests in existence. The study concluded that the number of obese Americans may actually be much higher than we think.

The researchers believe the problem with the BMI is that it estimates rather than measures body fat. The study used two other measures along with BMI —the amount of Leptin, a protein which regulates the body’s metabolism and Dual Energy X-Ray Absorptiometry that tests body fat, muscle mass and bone density. Thirty-nine percent of those patients in the study who were classified as overweight were actually obese.

The bottom line is that we are killing ourselves. Our children are entering adulthood heavier than they’ve ever been at any time in human history. The way our food is processed, American’s addiction to fast food, our increasingly sedentary life style, an aversion to pain or discipline—all have been offered as reasons for this state of the nation.  It doesn’t matter who or what is to blame, in my opinion. Fat is fat and until each of us understands and takes responsibility for his or her own part in this epidemic there is little anyone can do outside of food rationing. My advice is get on the scale. And take it from there.