Sometimes a tragedy can bring people together. In the case of the devastating fire that swept Paris’ Notre Dame Cathedral, the world wept. But even before the fire was completely extinguished, the business community was already making plans to rebuild the 850-year-old edifice. 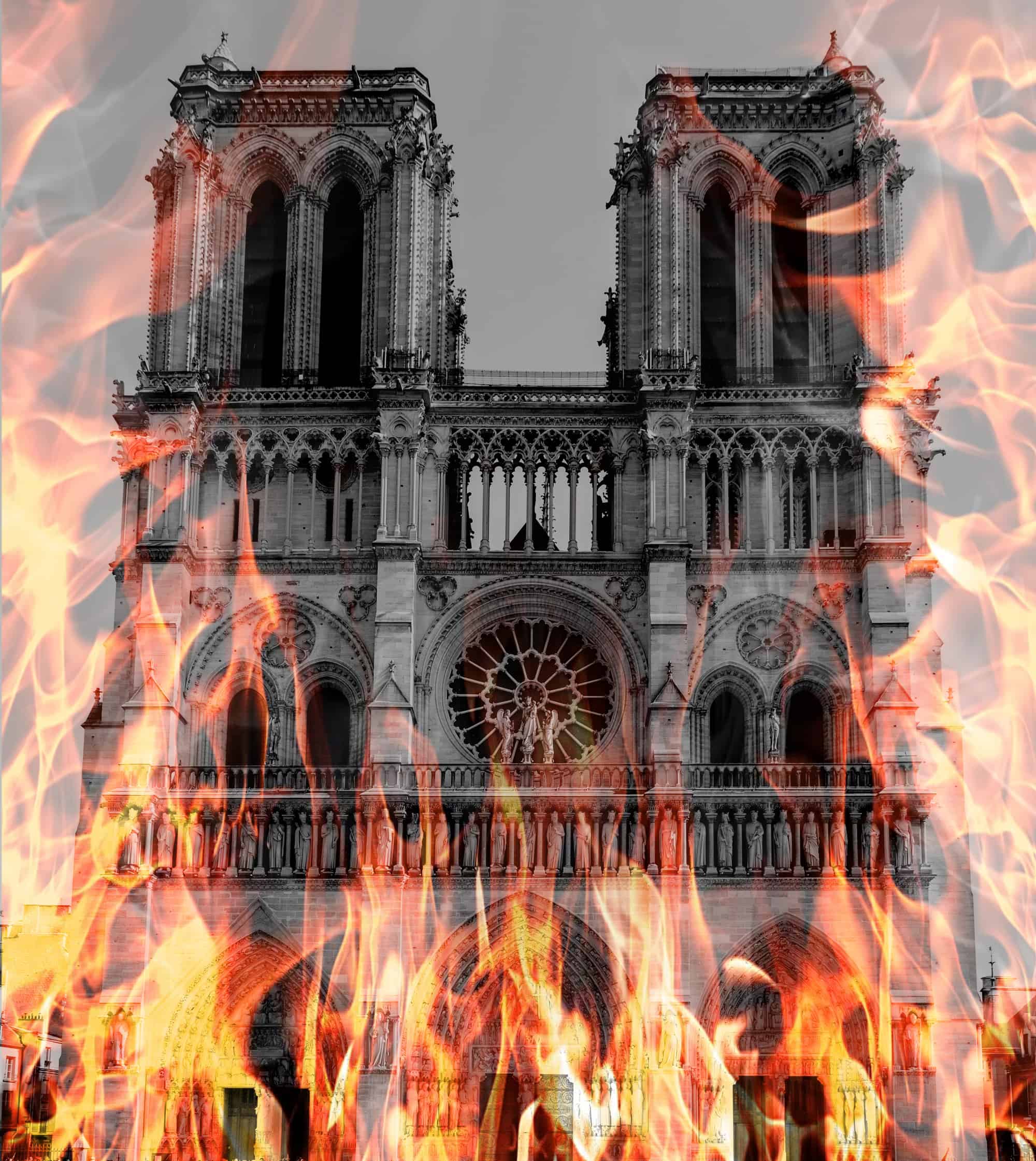 The price tag will likely be in the multi-billion-dollar range. A preliminary assessment of the damage thus far includes two-thirds (about 100 meters) of the roof and the destruction of a spire, which the world witnessed on television. At least a 62-foot expanse of stained-glass windows was also severely damaged.

What we don’t know as of yet, is how the 800-pipe organ, one of the largest in the world, faired through the fire. Much of the art work has been saved thanks to the 400 firefighters, who, in addition to battling the blaze, carried artwork and priceless relics, such as Christ’s crown of thorns, to safety. In a stroke of luck, an additional 16 ancient religious statues had already been removed last week for cleaning.

Many architects worry that the fire could have weakened the stonework of the cathedral. Hand-carved, over 200 years of construction, the ancient stone can turn to dust in extreme heat through a process called calcination. Pouring cold water on that hot stone can also cause it to weaken and crack. The two rectangular bell towers were saved, despite the fire‘s spread into one of them, and credit for that accomplishment should go to the French fire fighters, who battled the blaze for 15 hours.

Before the last smoke cleared, business leaders were already pledging their support to re-build. Within 24 hours of the disaster, two of France’s richest men pledged 300 million euros to re-build the historic landmark. By Wednesday morning, that total has climbed to 450 million euros with the largest donation made by the LVMH Group. LVMH owns Louis Vuitton, Givenchy and Christian Dior and has pledged 200 million euros ($226 million). The Pinault Family, which controls Kering, a French luxury brand that owns Gucci and Yves Saint Laurent, chipped in an additional $113 million ($100 million euros)

But the economic blow will go far beyond the damage to the cathedral itself. Over 50,000 visitors per day (an estimated 13 million/year) make the pilgrimage through the dark, candle-lit interior of the church and into its crypt. Although the cathedral is free to enter, it costs 8.50 euros to experience the tower and an additional 6 euros to explore the crypt. I did both on my last excursion to Notre Dame and it was well worth it.

If I assume only half of those tourists are like me and are willing to pay the additional charges, it still comes to as much as $225 million per year in revenues. But maintaining those hallowed halls is not cheap. Basic renovations cost in excess of $4.5 million per year. There are also estimates that just conducting essential structural work in the future would require almost $200 million, and that was before the blaze.

The cathedral has survived more than its fair share of misfortune through the years. It was a target of protest during the French Revolution, for example, when it sustained considerable damage. Twenty-eight statues of biblical kings in the cathedral were pulled down with ropes and decapitated by mobs. Its bells were once melted down for artillery cannon. At one time, it was used as a warehouse.

Napoleon Bonaparte was crowned emperor in 1804 and saved the church from demolition after centuries of decay and neglect. Restored by Napoleon and once again used as a place of worship, the church thrived. In 1909, Joan of Arc was beatified there.

Through the years, this premier example of Gothic Architecture has been rebuilt and/or reconstructed many times. It appears that much of the present damage occurred in that part of the building that had been restored in the nineteenth century. The truly old parts of the church constructed in the tenth, eleventh and twelfth centuries escaped damage. It could have been another lucky break or maybe the silver lining in this dark cloud of misfortune.