As the cost of college continues to soar in America, more and more states are offering tax breaks to families who are trying to save as much as they can for their kid’s educational future. The state of Massachusetts is deciding whether or not they will join the list this week.

The most commonly used vehicle for that purpose is the ‘qualified tuition plan,’ more commonly known as a 529 Plan. These plans are sponsored by states, state agencies or educational institutions and were originally authorized by Section 529 of the Internal Revenue Service Code. They are tax-free on a federal level and all but eight of the 42 states that have an income tax allow families and individuals to claim a tax deduction on college savings. 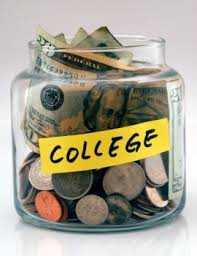 The idea for savers is that the state offers you two kinds of plans. A plan to prepay for your children’s college educational costs at today’s tuition rates at a certain college. In the other plan, rather than prepaying tuition, you are simply saving for future college costs by contributing to a plan that can be used at any school (not just those in your state) and for all qualified higher education expenses, including room and board.

Your plan contributions are invested by professional money managers in what are called age-based portfolios. Some plans also offer a selection of stocks and bonds as well. In the age-based funds, your contributions are tilted at first toward stock funds, which have more risk but also higher growth; and as your child approaches college age, the investments are skewed more toward bonds, which are normally more conservative and less risky. There are no taxes on dividends, interest or capital gains and withdrawals for college are tax free by the federal government and by most states that have an income tax.

These plans allow families to contribute as little as $25/month or as much as you want, limited only by the lifetime contribution limit set by each state. Normally this limit ranges from $100,000 on the low end to $270,000 on the other end of the spectrum.

One nice feature of these plans (for those who can afford it), is that individuals can fund a plan with up to $70,000 (or $140,000 with your spouse) in the first year without running afoul of the gift tax. Normally, any contributions you make on behalf of an individual that exceeds $14,000 annually ($28,000 for a couple) is subject to the gift tax. A 529 plan allows you to contribute basically five years’ worth of gifts all at once without tax.

Each state decides what kind of tax break they will offer to their residents. They vary substantially. In Rhode Island, for example, the deduction ranges between $500 to $1,000/year. But in states like North Carolina you can deduct as much as $2,500-$5,000. New York and Connecticut offer as much as $10,000 to $20,000 in tax deductions. In Massachusetts the legislature is voting on a deduction of $1,000 per individual or $2,000 per couple.

Although some complain that the performance of these plans are not that competitive, they are still one of the only games in town for consumers to save for education and enjoy tax advantages while they do so.

Spam emails, texts, and calls – we all get them. The offerings are usually too good to be true: a free cruise, an inheritance from a long-lost aunt, a free iPhone. Who wouldn’t want to be the lucky...
To Our Family of Clients, Last year felt like it would never end. It wasn’t as bad as 2020, but we still felt the weight of the COVID-19 pandemic. In contrast, 2022 felt like a blur. This was...
Your elderly dog has arthritis. His breathing is difficult. He needs assistance to get up, and his bladder is failing. The vet bills are far higher than your own, and it is getting more difficult to pay them....