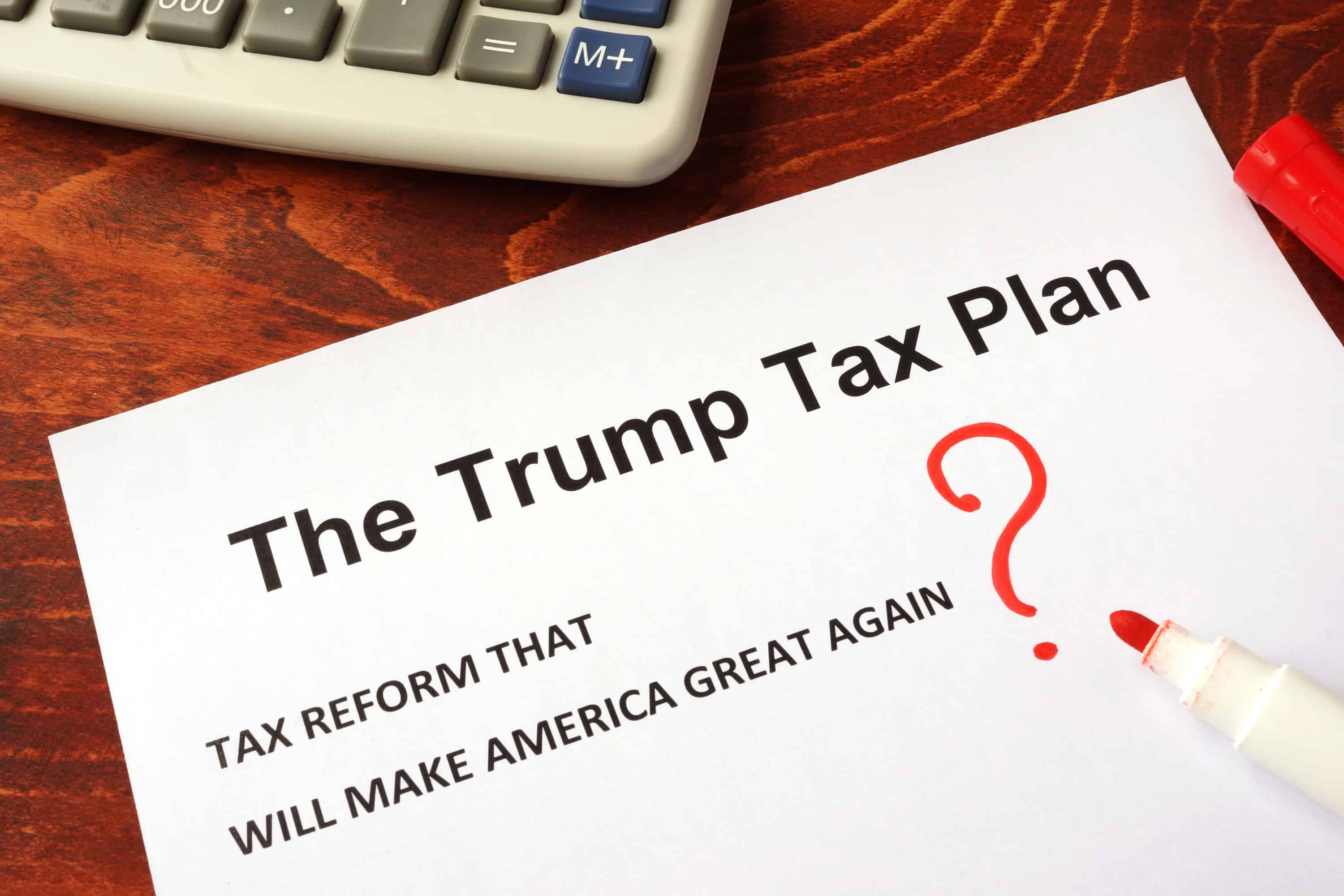 President Donald Trump introduced a flurry of tax proposals last week. Tax reform, as well as tax cuts, was included in his plan. Give him an “A” for effort in tackling something that no politician has dared to do since Reagan.

Naturally, depending upon your political views, critics will disparage his efforts, claiming it is yet another tax break for the rich. Others will approve of at least some of his suggestions. On the surface, his plan would significantly reduce the marginal tax rates, increase standard deductions, repeal personal exemptions, limit itemized deductions and let corporations and businesses expense new investment, but not deduct interest expense.

His proposal would also cut taxes at all income levels. The biggest benefits would accrue to those who make the most money. Analysts estimate that if his proposal were passed as is Federal revenues would drop by $6.2 trillion over ten years. If you include interest costs over that decade, the country’s federal debt will rise by $7.2 trillion.

The president originally campaigned on a 15% corporate tax rate, but upped that number to a 20% tax rate. It appeared that dropping it by the original 15% would be a budget buster. Still, that is a hefty reduction from today’s 35% (although few corporations actually pay that rate).

One great idea is to allow a 25% tax rate for pass-through businesses. That would allow entrepreneurs that own their own businesses to pay a 25% tax instead of their personal tax rate. There is some controversy over exactly what kind of businesses could benefit from the pass-through rate. But since small businesses account for the majority of employment in this country, anything that helps them helps all of us.

In addition, Trump’s plan eliminates some business deductions; it also offers U.S.-owned businesses the chance to repatriate overseas assets at a one-time lower tax rate. The rumors are that the rate could be as low as 10%.

But readers are probably more interested in Trump’s proposed tax brackets for personal income. The plan specifies three tax brackets with the lowest rate at 12%. That would actually be a slight bump up for the bottom bracket, which is now 10%. Those in the 15% tax bracket would probably benefit the most. The middle tax bracket would be 25%, but the exact incomes in this bracket have not been spelled out. Finally, the top rate would be 35% (versus the existing top rate of 39.6%).

In order to fulfill his promise that taxes for the wealthiest Americans not decrease, there may be a fourth bracket. If so, the details would be the job of the congressional tax committee. The president wants to make sure that any reformed tax code is at least as progressive as the existing one. He also is insisting that the burden of taxes does not shift from wealthy, higher income taxpayers to lower and middle-income Americans.

In an effort to protect those who will see their tax rise (from 10% to 12%), the standard deduction will increase to $12,000 from $6,350. That would double for a married couple. For those worried about the home-mortgage deduction, relax. Those, as well as charitable donations, are going to remain as is. Other deductions are up for grabs.

Finally, the elimination of state and local tax deductions has caused uproar in certain quarters. Most of the people who take advantage of these deductions are wealthy and happen to live in Democratic states. For example, about one-third of the beneficiaries live in New York, New Jersey and California. However, in an effort to be even-handed, Trump is pushing to eliminate the estate tax, which would benefit the wealthy.

Before you get into a funk over this, remember that what is proposed today will not be the same proposal Congress will legislate. We have no idea whether or when anything will pass both houses of Congress. My advice is to consider it a beginning, but expect the end result to be much different. And give the president some credit for trying.