The bears headed for cover this week as all three U.S. indexes made new, all-time highs. That’s a good sign and augers well for even more upside ahead. 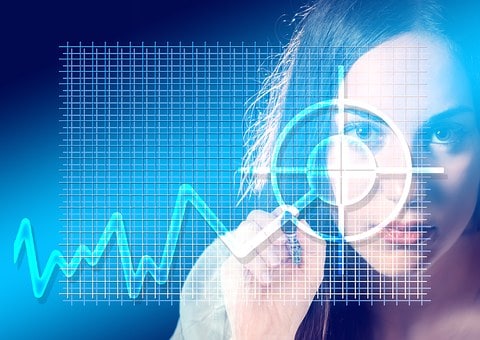 Credit goes to President Trump and his tweets once again. This time, his promises to address tax reform within the next few weeks had the Algos (algorithmic computer software traders) hitting the “buy” buttons on their machines.

Investors (if there is still such a thing) had been worried that Trump and the GOP would get bogged down in Obamacare repeal and immigration issues. If so, that would be a major distraction and might mean that tax reform and fiscal spending would be pushed back to next year or even later. The tweet seemed to put that story to bed, and the rest was history.

Good quarterly earnings have been supporting the over-all market. Expectations have been for a 6% increase in corporate earnings, but that number proved low. Companies have been reporting better than that (7%-plus), but forward guidance has been better than expected. Whether it is Trump or the gathering strength of the economy, business executives are more optimistic about the U.S. economy and their fortunes than they have been in years.

Be aware that tagging a short-term top or bottom is notoriously difficult, especially in today’s topsy-turvey markets. There have been plenty of warning signs signaling a top, from high levels of positive investor sentiment, to the narrowing of breath within the markets. The problem with all indicators is that things can get even more extreme before a crack appears in the bull’s camp.

I would not advise long-term investors to do anything if the markets do decline. It would be just too difficult to game the downside, especially when we have a tweet-happy president who is not above lobbing a bear-killing message tweet in the midst of a market decline. There just seems to be too much risk in not remaining invested.

Over the weekend, President Tump will be golfing in Florida with Prime Minster Shinzo Abe of Japan (after first meeting Abe in Washington, D.C. for talks). The Japanese market was up almost 2.5% on Friday in anticipation of the two leaders’ first meeting.

There is a lot riding on what happens between the two men, since Japan provides the lion’s share of manufacturing jobs within the U.S. and is America’s fourth largest trading partner. Aside from the historical relationships between the two countries, everything from mutual defense to currency will be discussed. Let’s hope there are no surprises, but anything can happen in this new age of Trump-O-Nomics.