The facts are that small businesses still create the lion’s share of jobs and at least half the economic growth in this country. It would be wonderful if our lawmakers would finally realize that. 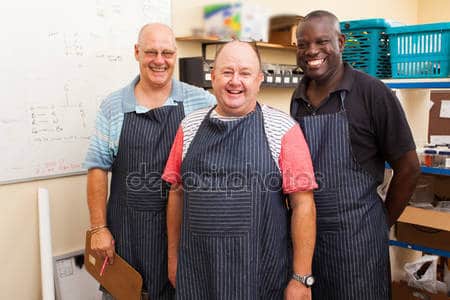 Look around you: with few exceptions, we are surrounded by entrepreneurs who have created over 60% of the jobs in our communities since the financial Crisis of 2009. What we don’t see is the enormous burden that these heroes are living under on a daily basis.

A start-up is largely a game of survival. Those who stay in business the longest are most likely to succeed. About two thirds of businesses only survive two years. Of them, another 50% will go under within five years. And only 33% will make it through ten years. The Labor Department, which supplied these statistics, found the same results across all industries.

The biggest challenges small business owners face is economic uncertainty, regulatory burdens, taxes and health care costs. All but one of those obstacles depends on decisions that are largely made in Washington.

Most of us think in terms of tax cuts for the rich (or poor) but that is a simplistic way of looking at this issue. Tax cuts have far more impact on small businesses than on any single individual. Most small business owners are neither rich nor poor. They are employers who plow back every cent they make into their businesses. As such, how many employees they hire and what they pay them has a direct relation to the taxes they pay.

If you think that these business owners would simply pocket the tax savings—think again. Many owners plan to funnel any tax savings they may receive into additional training and education. It is the entrepreneur’s solution to the mismatch we have in this country right now between the demand for and supply of skilled labor.

A related issue is holding onto their existing labor force. Unemployment is at historical lows. More and more enterprises will find themselves in a bidding war for labor in a tightening job market. In order to hold on to his existing employees, owners also plan to raise wages with any new tax savings. The implication is that employees could receive a double whammy: their own individual tax cut plus a wage increase.

On the other end of the spectrum are Baby Boomer small business owners that are looking to sell their businesses and retire. Most owners have plowed back every cent they have earned over the years into their businesses. Many have no IRAs or other tax deferred savings plans. Once again, taxes come into play. A lower capital gains tax can make a big difference to someone hoping to sell their company for a few million dollars.

Is it any wonder that new business creation in this country continues to decline? Entrepreneurial start-ups are at nearly a 40-year low. Part of the reason is structural. Internet shopping, companies like Amazon or Walmart, have gobbled up competitors, both large and small, in areas where the Mom and Pop store once thrived.

But rising taxes and a growing mountain of rules and regulations from Federal, state and local governments threatens to finally kill America’s goose that laid the golden eggs. The small business person, faced with more and more licenses, fees and permits simply to get started are opting not to try.

Our new president, to his credit, has promised relief in just about every area that is near and dear to the hearts of entrepreneurial America. But so far, it has been all words but little action. I blame our bickering Congress for that.

Although increasingly frustrated by this inaction, small business people, by their very nature, are a hopeful lot who still sees the glass as half full when it comes to Donald Trump. Let’s hope they are not disappointed.