As of today, the S&P 500 Index is in the plus column for the year. That seemed impossible to most investors just a month ago. And I expect more gains to come over the next two months. 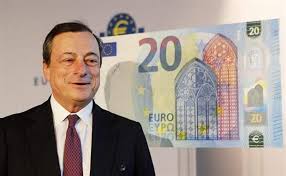 In last week’s column, I predicted the worst was over and the price action this week confirms that. This will be the fourth week in a row that U.S. markets have generated positive returns. The engine of growth behind these further gains this week came as no surprise to me.

Thursday morning, ECB President Mario Draghi hinted that investors could expect further stimulus in December from the central bank. World markets greeted the news by gaining between 1-3% (depending on the country) by the end of the day.

I also mentioned China was another country where “every negative data point will convince investors that the government there will need to stimulate monetary policy further.” Their GDP for the year was announced last weekend. It was 6.9%, a bit below the government’s stated growth target of 7%.

Before the U.S. market opened this Friday (and after the close in Asia), China’s central bank officials announced another (their sixth) cut in interest rates by one quarter percent. This further fueled gains in both Europe and America. One can only expect that Asian markets will move higher on Sunday night as a result.

In the weeks ahead, I would expect the discussion among Fed Heads to intensify as a result of these new monetary initiatives. Right now, the handicappers are giving a low probability to a rate raise in December. That could change, if the macro-economic data both here and abroad gather strength. The dollar will also be a renewed topic of concern, since a hike in rates here and a decline in interest rates elsewhere will lead to a stronger dollar.

In the meantime, we still have earnings to worry about. Although the majority of companies have “beat” earnings, revenue and guidance tells a different story. Only 40% of companies thus far have raised revenue guidance, blaming the strength in the dollar for these disappointing numbers. Of course, there have been exceptions in the middle of these lackluster results. Some of the biggest names in the technology space have done quite well in both the top line (sales) as well as the bottom line (profits). That has heartened investors somewhat.

As for the markets, we have already topped my short-term targets. My next target on the S&P 500 Index is 2,100. Remember that the year’s high is only 34 points above that. By now you should also know that nothing goes straight up, so expect some consolidation. We remain on track to see single digit gains from this index by year’s end.