“For my ally is the Force, and a powerful ally it is. Life creates it, makes it grow. Its energy surrounds us and binds us.” Yoda, “Star Wars: Episode V–The Empire Strikes Back”.

Thousands, if not millions, of demonstrators are protesting their unhappiness from one end of the Middle East to the other. Demonstrators in Iran, Bahrain, Yemen, Iraq, Algeria, even Libya, have followed the leads of Tunisia and Egypt in taking their grievances to the streets. At the center of this revolutionary movement is the internet. 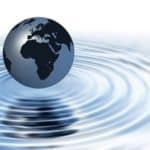 You may have seen the young marketing manager of Google, the Egyptian Wael Ghonim, on television or the internet recently. He is credited with starting the Facebook page that helped spark the revolution that ended in the demise of Hosni Mubarak, the autocrat who ruled Egypt with an iron fist for the last thirty years.

What struck me most was his sincerity, his matter-of-fact trust in the internet and its members as opposed to his government. He believes that the Egyptian regime’s biggest mistake was cutting off the country’s access to the internet. I agree.

By its actions, the Mubarak government acknowledged its greatest fear and confirmed that they no longer had control of the dissemination of information. Middle Eastern regimes (among other repressive societies) have realized full well the value of propaganda and the tight control of communications. Up until the introduction of the internet, it was a fairly easy job to control the main outlets of communication; namely print, television and radio.

Since these regimes controlled the media only their special brand of the “facts” were allowed to be disseminated to the populace. The internet changed all that. Those who feel oppressed have access to alternative views of the facts and can decide for themselves whether they are being manipulated and exactly how that manipulation is unfolding. Since information is the foundation of any and all governments, the internet has made it impossible for oppressive regimes to continue their monopoly on information dissemination.

Internet penetration in the Middle East remains modest at 29.8%, according to Internet World Stats, while Asia boasts a 21.5% penetration. Africa overall has only a 10.9% penetration compared to the U.S. at 77.4% However, as in the rest of the world, penetration is growing by leaps and bounds in the Middle East (over 1,800 % in the last ten years). As computers and cell phones proliferate, governmental control of the traditional sources of information becomes much less effective.

Demographics are also aiding and abetting the internet as a world force for change. In just about every country presently impacted by growing rebellion, the age of the population has been a contributing factor. The region is facing a demographic bulge in age with youth aged fifteen to twenty-nine comprising the largest proportion of the population.

At the same time, this segment of the population is bearing the brunt of the region’s high jobless rates and skyrocketing costs of food. The traditional and growing disparity between the “haves” and the “have-nots” within their societies has not been lost on these young people who, for the most part, highly educated. Generally speaking, patience is not a strong point with the youth and, in my opinion, has lost what little patience they had with the political, social, economic and religious oppression of their governments.

Let’s face it, most of the Middle East is ruled by religious fanatics, dictators or corrupt Kings. None of these regimes are fertile grounds for economic opportunity, the empowerment of women, or equitable access to resources and education. Unfortunately, these are all necessary ingredients if the region’s leaders intend to harness the youth, a key human resource, in growing their economies.

What they (and other governments) are only now beginning to realize is that their youth is the internet generation. It has become a part of their every day experience, unlike those of us who have not grown up with this phenomenon. As such, the internet has become the conscience of all societies. Its adoption has facilitated a meeting ground where the world’s angry and disenfranchised youth can band together, gather en masse, if need be, and deliver thousands, if not millions, of protestors into the streets with a simple tweet or the creation of a Facebook page. I expect unrest, rebellion and unfortunately, repression to continue so fasten your seatbelts.