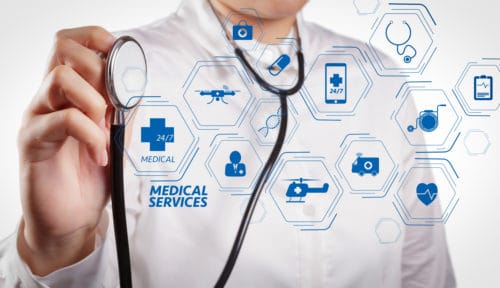 If it is not already apparent, our healthcare system needs a lot of work. There is nothing like a global pandemic to point that out. The question is, that after decades of arguments, tinkering and promises, are Americans finally willing to do something to change it?

Now, I am not talking about how much a doctor is being paid, or what a pharmaceutical company can charge, or not charge, for a new wonder drug. Those are popular headlines that, time after time, distract us from the underlying weaknesses in the system. The main problem I have identified throughout this national disaster is the nation’s inability to make centralized decisions.

It seems to me that we do not have the ability to provide Americans with a rational and efficient healthcare supply and distribution system. Whether it is how to procure N95 masks and other protective gear, testing equipment, swabs, additional hospital beds, doctors, nurses and a thousand other variables, our system has been found sorely lacking when compared to other nations.

Think of it this way. You are a rancher, and pride yourself in growing the world’s greatest beef products. What good does that do you if the livestock hitch you use keeps breaking down on the way to the slaughterhouse? And if the slaughterhouse is old and sloppy, and grinds up all your beef into ground beef (instead of steaks), and the packaging leaks, and the refrigerated train or truck they use to deliver your beef to the market breaks down constantly, in the end, what does it matter how good your product is?

Over the past few weeks, we have also witnessed the public rage and blame that has arisen over the bidding war between the states and the federal government over procuring the much-needed scarce supplies of life-saving medical equipment. This is insane, but understandable, given a healthcare system with no central authority. No other country in the world competes against its own people in this matter.

Listening to Governor Andrew Cuomo’s daily briefing in the disaster afflicting New York City was also an eye-opener for me. There are 200 hospitals in New York state totaling 53,000 beds, of which 20,000 are in the city. These beds belong to both private, for-profit hospitals and state-run public hospitals, which are part of the New York state healthcare system. Up until Cuomo took charge of this crisis, these hospitals were working independently, not only to assign beds, but to distribute and deliver medical services. It was not working, no matter how good their intentions.

The right hand had no idea what the left hand was doing until Cuomo took charge and effectively ordered them to meld their resources and form one big New York state hospital service. Cuomo effectively socialized the healthcare system in a state that had more coronavirus cases than any other country in the world. His actions probably saved dozens of more lives.

As it stands, we still do not have nearly enough testing equipment, or the means to administer it. Like my rancher, when the product (a reasonable, low-cost coronavirus test) is finally developed, how long will it take, and how efficient will the supply and delivery system be to administer it to 331 million Americans?

There are so many other flaws in our present system that it would require several more columns to list them all. However, as an example, about 50% of Americans enjoy healthcare insurance as a corporate benefit—unless they are fired, retired, or laid off. In which case, they can elect to pay Consolidated Omnibus Budget Reconciliation Act (COBRA) premiums for the next 18 months. The hole in this donut is that during an emergency, like this one, a laid-off worker will have to pay up for COBRA benefits at the very time they may need them most, while having no money to pay for them.

Critics of this column will argue that I am advocating for universal healthcare. It will evoke memories of the Bernie Sanders’ primary campaign platform of healthcare, which was rejected by many as far too expensive to contemplate. My answer is that when all is said and done, the cost of the Sander’s program will look cost-effective compared to the money the government ultimately will spend to repair the damage to the healthcare system and our economy that we have now.

If recent history is any indication, the spread of global epidemics is increasing. They could remain a danger to the world’s health system for years to come. SARS, the West Nile Virus, Ebola, Marburg Virus, and Lassa Fever are just the latest plagues to bedevil us. Our present system provides no defense for the spread of such dangers, in my opinion.

Am I convinced that universal healthcare is the only answer? Not quite yet. When I look around the world, I see countries such as Italy and Spain, which do have universal healthcare. Their systems did not work well enough to stem the number of deaths and cases of the virus. But in places like Germany and Norway, their healthcare system worked exceptionally well.

Maybe in the U.S. case, we might need a centralized governmental system for supply, distribution, and delivery, while maintaining private sector incentives for research and development. As for maintaining the high quality of doctors, nurses, and other trained medical professionals, some system of free or discounted education costs could be offered in exchange for lower salaries. These are simply suggestions to jump-start a conversation. Please feel free to contribute your own ideas.

The point is that the system needs to be changed, but in a way that is uniquely American. Let’s dispense with all those dated, nonsensical reasons why not, and come up with a system that we can all be proud of and that will, in the process, save lives.