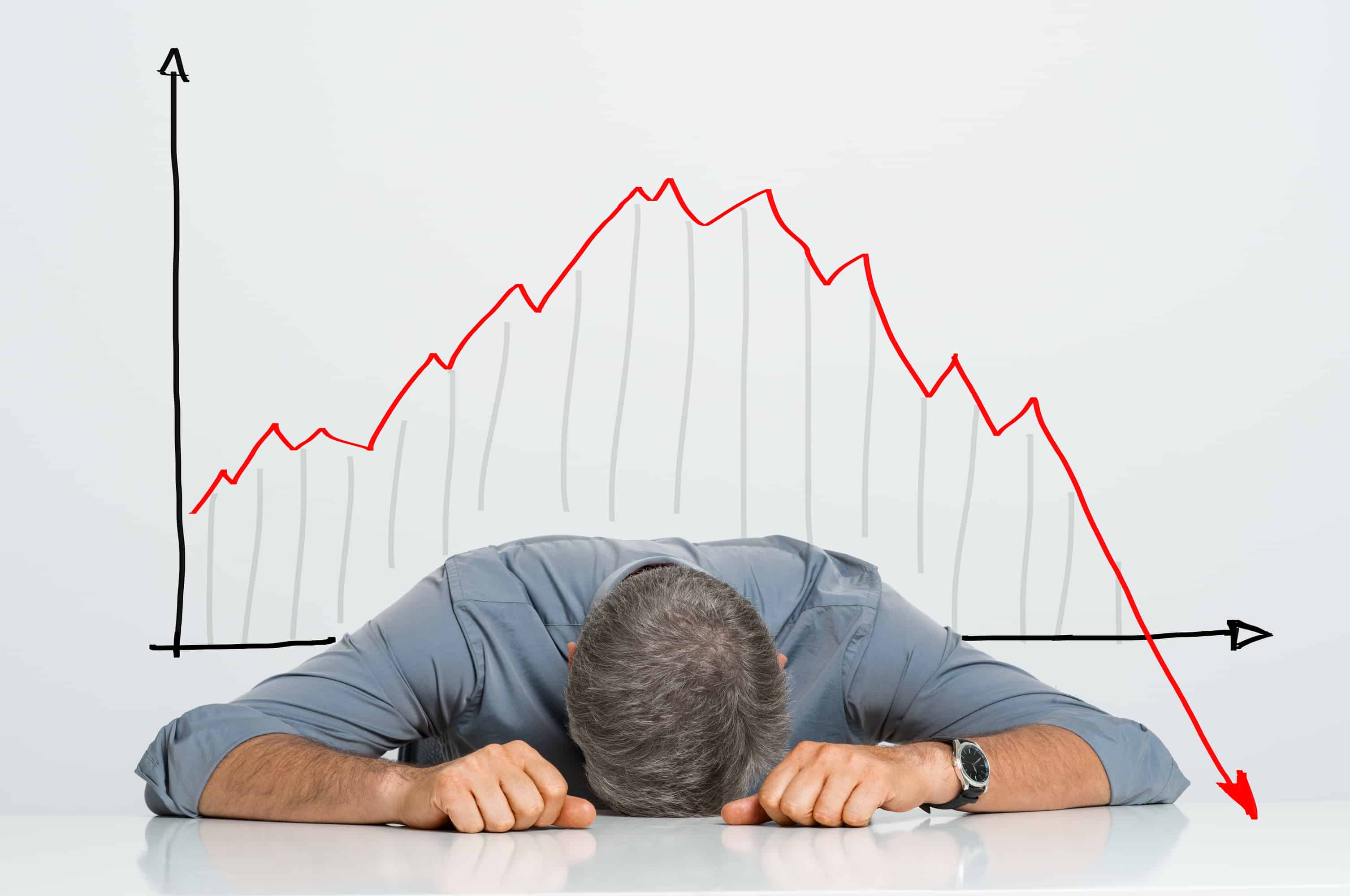 It happened like clockwork. Earlier in the week, all three main U.S. averages re-tested their lows and then proceeded to bounce back, only to give it all back. That’s what happens during corrections, but it is not over yet. Afterall, it is October.

Readers will recall that last week I wrote that nine out of ten times markets will re-test their recent lows. Naturally, this is more of an art than a science, so prices can bottom somewhat above or below those lows. In this case, the Dow hit its lowest level in four months. The S&P 500 Index slipped below its recent lows while NASDAQ got hit the worst, wracking up a total 10% decline from its highs.

This is how it should be, since all year long the markets have been led by the advances in the tech-heavy NASDAQ. And by the way, there was no new news on Tuesday. There was no event that anyone can point to for the decline. That also makes total sense when you understand that this entire pullback has been technically-driven.

And it isn’t over yet. We still have five days left in October and another six until the mid-term elections. The way the market has been acting this week, we could continue to see 1-2 percentage point-sized swings daily.

The fuel for these pyrotechnics is earnings results. Remember my warnings that earnings this quarter, although good, would not be ‘as good’ as the past few quarterly results? As an example, Thursday evening, two of the big FANG stocks, Amazon and Google, reported after the close. Their top line revenue growth was less than expected, which came as a bit of a surprise to investors. No never mind that profits beat expectations, since these days profits can be manipulated easily by simply buying back additional shares.

Index futures Thursday night dropped like a rock as a result, and Friday morning the Dow dropped 300 points on the opening. Earlier in the week, companies like Caterpillar and Boeing reported. Their announcements were enough to move the markets (up in the case of Boeing, and down on Caterpillar’s results). Why, you might ask, do individual company results suddenly have the power to move markets like this?

It’s all about expectations. Investors have been fretting about Trump’s trade war all year. So far, the fallout has only impacted a few areas. Farming, for one, and maybe some companies in the steel business. The fear is that over time more and more companies will pull back investments, lose sales, or be damaged by these tariffs. And what may happen to one, may happen to all.

If you believed, as I do, that this is an inaccurate and rather simplistic view of the world, than the fact that one company might see some fallout if tariffs are imposed does not warrant taking an entire sector, or in this case, an entire market down with it. However, markets are not rational at times. This is one of those times.

Friday, it was announced that the country’s economy grew by 3.5% in the third quarter, which was faster than expected. Fearful investors barely paid attention to the news. That should come as no surprise. You can search to doomsday for a solid fundamental reason why we are experiencing this sell-off. You won’t find one. Bottom line: the markets were overbought and in need of a healthy pullback. Don’t over think this one and stay invested.

For the Federal Reserve, slowing inflation may mean slashing job growth. Will we trade high inflation for high unemployment? Berkshire Money Management CEO and Founder Allen Harris explores how employment is impacted by interest rates, and why the...
This special series of blog posts spotlights the individual team members who make Berkshire Money Management great – and a great place to work, too. Today we’re celebrating Financial Advisor Nate Tomkiewicz, CRPC® as he marks six years...
Are financial questions keeping you up at night? Financial Advisors Holly Simeone, CES™ and Lauren Russo, CEPA, FPQP™, CVB, together with Paraplanner Angela Elzner, FPQP™, invite you to invest in your financial health by joining them during Open...