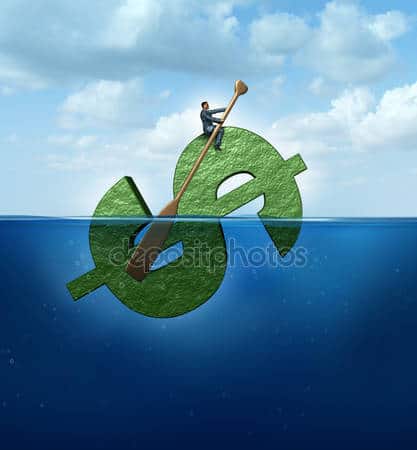 As traders and institutions put to bed the first quarter, several concerns loom large in the weeks ahead. How things play out over that time period will have important implications for the averages, given that they are not far from their all-time, historical highs.

What will the Fed do in May? Will Washington pursue tax cuts and if so, will there be opposition? What will first quarter earnings look like and how will markets react to all of the above?  Let’s look in my crystal ball, shall we?

Wall Street analysts expect corporate earnings to be higher by as much as 10-11%. That would be a big change from the recent past, where dismal guidance and feeble results have been the name of the game.  If the numbers match or beat expectations, that could be good for stocks.

Next up, the central bank, what are its intentions between now and June? The betting is that there is little chance that the Fed will raise rates again between now and then. If so, chalk up another positive for the markets.

Then there is the Washington wild card where all sorts of things could go right or wrong, depending on a fractured Republican party and a mercurial administration. Last week’s debacle, centered on the belly flop that was the House’s attempt to “repeal and replace” Obamacare has set people thinking and worrying about the future.

I’m thinking that we may still need a few more days/weeks of consolidation before markets begin to climb. We have already brushed my first downside target for the S&P 500 Index at 2,323. Many times markets will re-test the lows before traders are satisfied that “the bottom is in,” so don’t be surprised if that occurs. As I have written before, this congestion is a good thing.

It’s about time some sanity returned to the markets. Investors were way too optimistic about the extent and timing of Donald Trump’s campaign promises.   By the price action, one would have expected that all the things Trump promised would be delivered in his first 100 days. No never mind that he never said that, or event hinted that would occur.

Remember, however, that the short –term swings in the stock market are no longer controlled by human “thinkers and doers.” While the “thinkers” appear gone forever, the “doers” are still around– in the form of superfast computers and algorithmic software programs. These robots account for over seventy percent of the daily volume spewing out thousands of buy and sell orders at the simple mention of a word or topic.

“Trump tweets health care reform” or “House fails to pass…” is all that is necessary to tack on (or off) a percentage or more of value in any stock, index or market, anywhere in the world. In the last quarter, an avalanche of such comments kept the robots spewing out orders, the majority of which were buys. No never mind that little in substance was accomplished during that period.

Part of the problem lies with the president’s method of communicating with the public. Neither Wall Street nor Main Street is familiar with this sort of governance. In the past, when the leader of the largest most powerful nation on earth, said something publically, it was taken as gospel. The assumption was that mountains of research, discussions and thought crafted every word and punctuation mark of a President’s words.

As such, we could all rely on those words as sacrosanct. It was the way policy could be telegraphed not only to American citizens but to the world at large. In the case of investors, it sometimes signaled a change in direction that could be acted upon with the surety that, good or bad, that whatever the change, it was here to stay.

That is not how things are done under this president. Yet, few seem to recognize this. In my opinion, President Trump’s tweets should be taken for what they are: simple “High Fives,” messages meant to keep us in the loop, more hopes and dreams, than signed and sealed policy statements. It will also take time for our newbie president and a congress that hasn’t been in the majority since 2007, to figure that out as well. At some point, but not necessarily at the same time, traders and investors will hopefully stop reacting to tweets and wait instead for more substantive actions before pulling the trigger.  Time and patience are the key words here.