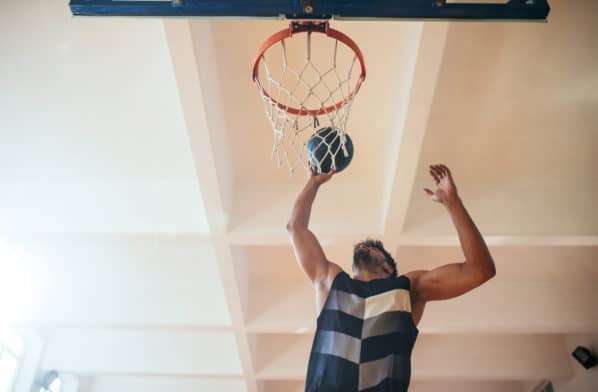 This week the Board of Governors of the National Collegiate Athletic Association (NCAA) met at Emory University in Atlanta to hear the pros and cons of allowing athletes to accept money for endorsements. It has been a long time coming.

This is an issue that has been around for as long as I can remember, but it has only been the recent moves by certain states, as well as the Federal government, that has forced the NCAA to at least acknowledge that the status quo is no longer working for them or for their students.

It is currently illegal for athletes to receive gifts or income related to their college athletic activities. If they do and get caught, the offending student and the college program can expect harsh punishments. That means students can’t make money from signing autographs, can’t sell any merchandise or memorabilia, nor can they cash in on charging money for the use of their likeness in everything from sports video games to college commercials.

At least that was the case until recently. California introduced a bill this year that makes it illegal for colleges in that state to penalize athletes for doing any and all of the above. If the bill passes, it would be effective in 2023. The bill states that any California college that makes more than $10 million in revenues from media rights would have to allow students to make money from their likeness. Students would also be allowed to hire an agent or attorney to represent them in business deals.

Mark Emmet, the president of the NCAA, has argued that this legislation would give an unfair advantage to California colleges over schools in other states. The NCAA would therefore bar California schools from competing in college championships. The problem is that California is not an isolated case.  Twenty additional states (plus two members of Congress on the national level) are proposing similar legislation.

Finding a solution that is acceptable to the athletes as well as the 1,100 schools that make up the NCAA (including 353 in Division I) is not going to be easy. But it is necessary if the NCAA wants to preserve their franchise.

The pros and cons on both sides of the debate make a compromise difficult at best.  Overall, recent polls of college students by College Pulse, a student-focused analytics company, found that 53% of all students polled support compensating college athletes. Sixty percent of the students thought college sports students should be paid salaries, allowed to profit from their likeness (77%) and/or be paid if their image is used to sell merchandise (83%).

Those who argue for compensating students for their sports efforts say that being a college student-athlete is a full-time job, not an extracurricular activity, as the colleges claim.  Sports schedules leave no time for students to earn money by taking part-time jobs, for example, plus playing in tournaments require so much time that students are often forced to miss class, which is the very reason they are supposed to be in school in the first place.

And it is not as if the money schools earn from the efforts of their athlete-students go toward academics, critics claim. Instead, much of the profits ends up in the hands of multi-million-dollar salaried coaches. athletic directors and some administrators.

Winning college sports teams also bring an enormous amount of free advertising, good will, and alumni contributions into the school coffers that benefits all the students, the faculty and the staff of the school. Why shouldn’t sports students be compensated for that?

There is also the issue of injuries.  There have been repeated and numerous cases of serious injuries where college athletes have put their bodies on the field and now face the prospect of life-time injuries that end any hopes of a professional career while never ever earning a cent from their efforts.

From the NCAA’s point of view, students are already (and always have been) compensated in the form of scholarships and other benefits.  In addition to free tuition, plus room and board, many athletes receive stipends for books and other basics.  This is a form of compensation, the NCAA argues, which sets them apart from the rest of the student body.

Remember too, that most other students will have generated an enormous student loan debt while in school that will plague them for years after they graduate. The college athlete, on the other hand, will be largely debt-free and possibly on the verge of a lucrative professional sports career.

Colleges also argue that only a few college sports programs are actually profitable, and that the money from sports such as football and basketball are often used to subsidize other athletics programs on campus. Finally, there is no ready formula on exactly how college compensation for athletes would work. How and by how much would compensation to athletes at one school be fair and equitable without, at the same time, be putting some other colleges and students at a disadvantage?

Whether offering cash compensation is better or worse than the present system of scholarships, free tuitions, lavish sports facilities, and multi-million-dollar sports programs remains to be seen. One thing is for sure, the future economics of college sports is about to get a big overhaul in my opinion.

Is the U.S. economy currently in a recession? The National Bureau of Economic Research isn’t officially calling this a recession, but after two consecutive quarters of declining GDP, Berkshire Money Management Founder and CEO Allen Harris is convinced...
Bundling up on Black Friday to shop for great deals on TVs, iPods, and holiday gifts while still full of Turkey and stuffing is a thing of the past. While our bellies have remained stuffed, our Black Fridays...
President Biden and the U.S. Department of Education announced a plan on Wednesday, August 24, to provide further assistance to federal student loan borrowers. If you have private loans only, unfortunately this won’t apply to you. But...