Jobs, politics, the dollar and oil, stir in a little seasonality, and what you have is a witch’s brew of uncertainty. And we all know how much the markets abhor the unknown. 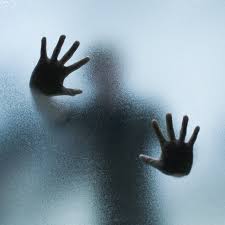 As I wrote last week, I expected markets to pull back a bit once we tested and failed to make any real headway over 2,100 on the S&P 500 Index. The tech-heavy NASDAQ has taken the brunt of what we in the trade call “sector rotation” where traders sell one class of equities and buy another class such as commodity stocks. This happens quite often.

For example, healthcare was the darling of the markets for almost two years. It became the best performing sector of the stock market for two years running. It reversed when “Hillary” opened her mouth promising retribution among biotech and drug companies if she were to be elected. Since then, health care has been a pariah among investors.

Technology had also become a favorite among investors. Remember last year when the FANG stocks (Facebook, Amazon, Netflix and Google) outperformed everything else in a flat market?  This year the opposite has occurred. NASDAQ is now approaching correction territory.

To me, most of this up and down behavior is just noise and I strongly recommend that you ignore it. I fully expect technology will recover as soon as trader’s love affair with the commodity space is over. It may happen sooner than you think if oil is any indication.

Oil is trading like a momentum stock. Yesterday, it soared almost five percent, but by the end of the trading session, it gave back more than three quarters of its gains. This is becoming a daily event. The same could be said for other commodities. Usually this kind of behavior is a heads up that a reversal may be in the works.

The dollar is also displaying volatility as investors bet that the Federal Reserve Bank won’t hike rates this year. The moderation in job gains worries them, although job growth should slow down as we approach full employment. Traders can’t make up their minds whether these conditions are good or bad for the markets, thus this period of indecision.

Politics are beginning to push past oil and economic data as the new “event” for investors to angst over. The “Donald,” against all odds, is now the Republican nominee. Wall Street is horrified. To me, Trump’s victory is simply the backlash by voters after years of dissatisfaction and frustration over politics as usual. Since Wall Street is completely out of touch with Main Street, it is hard for them to grasp this sea change among the masses.

Now, the devil they know, Hillary Clinton, is their only hope. Although she is a democrat, so was her husband. The one percent reason that if he played ball with bankers, brokers and corporate types during his time in office so will his wife. After all, it was Bill who changed the banking laws (the Glass-Steagall Act) at Wall Street’s request back in the day. That nod to business ultimately resulted in the largest financial crisis since the Great Depression.

Time and again both she and her husband have counted on Wall Street (among other corporate donors) to finance their campaigns. The Street was and still is extremely generous when it comes to Hillary. As such, there is a commonly-held belief that Wall Street owns her. She is their best hope to perpetuate a ‘business as usual’ attitude among investors. We will see.

On the other hand, Trump is a complete unknown. He is not beholden to Wall Street, or to the Republican Party. He fails to give any real hints of what he would be like in the White House. His statements on the economy, trade and even the U.S. deficit are so wildly unorthodox that I find it hard to believe that he really believes in some of the things he puts out there. Yet, there is no denying his brash opinions certainly play well on the campaign trail. One wonders if there may be two Trumps. The one we see and the one who will only become apparent if he wins the presidency. In any case, neither Trump gives Wall Street a warm, cozy feeling.

What I do know is that there is going to be increased volatility among global markets as this campaign progresses toward November. As such, the stock market could give us one wild ride over the summer. As I have warned readers in the past, get used to it and dampen down your risk tolerance if need be.