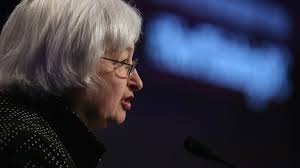 The markets fell and kept falling most of the week. Investors fear that at the Fed’s next open market committee meeting in June, Federal Reserve Bank Chairperson, Janet Yellen, will decide to raise interest rates again.

Let us put this in perspective. The Fed’s notes from its last monthly meeting (released on Wednesday) did not say the central bank was going to raise rates. They just told Wall Street that June is still on the table for a quarter point interest rate hike if economic conditions warranted it. They also warned that Wall Street was a bit too complacent in assuming the Fed would wait and not raise rates.

In addition, the most recent economic data appears to bolster the case for a rate hike. This week retail sales posted a strong gain, consumer prices grew by 2% and even industrial production was stronger than expected. After a weak first quarter, many economists are betting that we will see a rebound in the second quarter. This data seems to strengthen that view. Remember that the Fed wants to get ahead of any chance that the economy will overheat (by raising rates) and send inflation skyrocketing.

This week, the Fed dispatched no less than five Fed members who gave speeches warning investors that not only was a hike next month squarely on the table but there may be even more hikes coming before the end of the year. If some members at the last minute worried that the market’s expectations of a June hike “were unduly low,” they are not now.

Last week, the futures market was placing a 4% probability of a rate hike next month. Today that probability is now at 56%.

As a result, we saw the U.S. dollar gain and most commodities led by gold fell backward by several percent. This makes perfect sense since higher interest rates here would strengthen the dollar. Since most commodities are quoted in U.S. dollars, a rising greenback causes commodities to become more expensive.

Over the last few weeks, I have been warning investors that a June rate hike was one of those unpredictable events that could crater the stock markets. Since Wednesday’s release of the Fed minutes, the markets have become even more volatile than usual. And this has occurred simply because the probability of a rate hike has increased. Imagine what would happen if the Fed actually raises rates!

At this juncture, no one knows if the Fed will actually raise rates in the middle of June. Since the markets hate uncertainty, that means volatility will likely increase. One can expect that every economic data point between now and then will be examined, debated and traded upon with an eye towards whether the latest information will increase or decrease the case for a rate hike.