It was the worst first week of January for the U.S. stock market since record keeping began. Although the markets tried to bounce on Friday from an extremely oversold position, investors were worried that there is more downside ahead. They may be right. 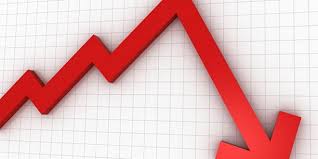 Sentiment among investors worldwide is certainly bearish and in most cases that would be a positive contrarian indicator. But we could all get a lot more bearish before things turn around. If one rummages through the technical wreckage that has been wrought on the markets in the last few days, there is a strong argument that we will at least need to test last year’s August lows before this waterfall decline is over.

That would put the S&P 500 Index at 1,867 while the Dow would re-test 15,370. Those are guesstimates. That would mean we have a further 5-6% downside from these levels or roughly a 10% decline year-to-date. It would be an almost 13% downdraft if measured from when the sell-off started on December 29.

Readers have probably noticed that I have not made my usual beginning January prediction for how the markets will fare this year. In 2015, as you may recall, I predicted a single digit return for the S&P 500 Index and better gains for some overseas markets, notably Japan, Europe and China. Why the delay, and what, if anything, do I see for this year?

My honest answer is (as of this writing) I don’t know yet. I’m still trying to make sense of the various conflicting forces that have beset global markets and that I suspect will continue to plague us for the foreseeable future. All the negative variables that kept American markets volatile (while delivering below average performance last year), are still with us. The challenges presented by the oil price, rising interest rates, geopolitical risks, anemic earnings, stronger dollar and even the lofty levels of the indexes have not gone away. Add to that the additional element of the presidential elections, and you have a recipe for volatility, continued uncertainty and questionable performance.

The trigger for this sell-off was overseas. The breaking of diplomatic relations between Iran and Saudi Arabia, followed by a North Korean claim to have successfully detonated a hydrogen bomb, kicked off the week. This was followed by declines in the Chinese stock market. Investors have been concerned with the slowing economy of this country for some time. This week, their currency became the focus. The worth of the Yuan versus the dollar depreciated over the last seven days, kindling fears that a global currency war was about to begin.

This was compounded by a series of moves by the Chinese authorities that left investors worried that the central government had lost control of their financial markets. Over the last four days, they changed rules on insider trading as well as instituting (and then rescinding) stock market circuit breakers. Is it any wonder that their stock markets were down over 12% this week? Unfortunately, all this confusion spooked markets worldwide.

Friday, we did get a bit of a break from the selling pressure when the government reported new job data that showed the economy had gained 292,000 jobs over the last month. Although the market initially opened higher on the news, a combination of weaker oil prices and worries that strong employment numbers might bolster the Fed’s case for more rate hikes this year, paired those gains.

It is just these kind of cross currents that will hamper the market in the weeks to come. It is why I expect that we are not out of the woods quite yet. These first few days of the New Year may be a harbinger of what this year has in store for us. The only certainty, thus far, is that we can count on continued volatility.