Technology stocks continued to consolidate while the Dow made new highs and the S&P 500 Index hovered just below historical highs. Throw in the fact that the markets are notoriously slow and biased to the downside during the summer months, and you have a recipe for further consolidation. 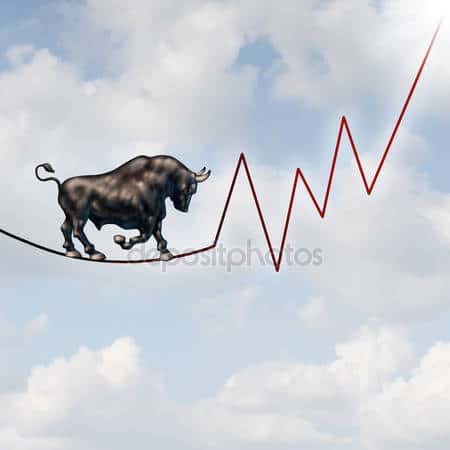 That does not necessarily mean that we will see some sharp and painful correction in stocks. My regular readers understand that the averages could simply move sideways for a month or two before resuming their upward climb. However, within those averages, individual stocks and sectors could experience much deeper declines.

Take the present decline in the technology-laden NASDAQ market, or the carnage investors have experienced in energy shares. Tech stocks are presently down almost 3% from last week’s high, although several individual shares are down a great deal more than that. At some point, these pullbacks will have run their course.

The oil patch has seen even greater declines as the price of oil plummets, then spikes, only to fall again. But once these areas find a bottom, something else—financials, healthcare, utilities, etc. – could be the next group to sell off. It will depend on their price level in relation to the rest of the market.

This is the concept of “rotation,” which I explained in last week’s column. So while the overall averages may show little change from month-to-month, certain areas could experience substantial declines. Small cap stocks have done little all year while many other sectors have risen in price. Some traders are betting that money coming out of technology could conceivably end up in the small-cap Russell 2000 Index and financial sector.

Financials have been held back this year due to the onerous rules and regulations that encumber their business as well as the continued historically low level of interest rates. This could be another area where investors may perceive “value.” Some investors have been buying the banks, expecting the beginning of a Fed-inspired, interest rate rise will help their profits.

That may not be too far off, given the actions of the central bank this week. They hiked short-term rates higher by a quarter of one percent (expected) but also revealed additional details on their plan to reduce their balance sheet by selling back trillions of dollars in bonds over the next four years or so. You should simply understand this as another form of tightening monetary policy. A rule of thumb would be $30 billion in balance sheet reduction would be roughly equal to a ¼% rise in the Fed Funds rate.

While no one is blaming the Fed for tightening monetary policy too soon or too fast, the fact remains that Fed Chairwoman Janet Yellen and her 12 apostles are no longer expanding monetary policy. The punch bowl of loose money is drying up, at least here in America. The hope is that the economy and the private sector are strong enough to takeover and the Fed can get back to its normal duties of playing the top cop in relation to inflation and employment.

Dalton — Last week I was not able to write a Capital Ideas column because I was getting in what will likely be my last bit of work travel for a while. A lot has happened since I’ve been...
Now that Congress and the Federal Reserve Bank have fired the first salvo of relief spending, investors are wondering how long the trillions of dollars in aid will take to actually do something to alleviate some of the...
It was another week for the history books. Stocks gained almost 20% in four days. Employment dropped the most in history. The number of cases of the COVID-19 virus in America topped those of China. And President Trump...