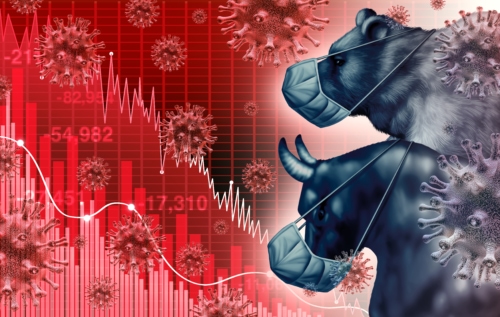 First, the good news: there is only one more week until the end of the month. The bad news, however, is that October may not treat investors any better than did September. As my swabbie friends would say, is it time to “batten down the hatches.”

Let me say, I take no joy in being right. During the last few weeks of writing, the volatility I predicted has come home to roost. This kind of correction is especially painful because in these times of great uncertainty, we could have at least pointed to the stock market, and our investments accounts, as one piece of good news.

As I wrote last week: “Investors, therefore, should be mentally and emotionally prepared. If you witness days, or even weeks of ups and downs, don’t be surprised. It would not surprise me to see several pullbacks, only to regain those losses, before selling off once again.”

That quote sums up the market action throughout this week. All of the worries I have enumerated: the possibility of a winter wave of coronavirus, a slowing economy, the elections, and China trade have converged to drive most financial instruments lower.

Global stocks, commodities, interest rates, even high-yield junk bonds (the last instrument supposedly supported by the Federal Reserve Bank), fell hard. Gold, thought to be a safe-haven, “go to” investment, was also clobbered, hitting a low of $1,850/oz. late in the week. Only the U.S. dollar climbed, staging a big comeback from its multi-week lows.

After last week’s declines, some investors hoped that we had seen the worst, but nothing has really changed. The president, who uses the stock market as his barometer of success or failure, added yet another worry to our growing pile of concerns. Wednesday evening, President Trump, in response to a reporter’s question, refused to commit to a peaceful transfer of power, if defeated in November. It wasn’t the first time the president has said that, but investors took his comments seriously this week. As for me, I chalk it up to campaign rhetoric, but it illustrates the point I have been making about volatility.

We have an entire month ahead of us in which we should expect heated comments from both sides on so many issues that I lose count.  The Supreme Court vacancy after the passing of Ruth Bader Ginsburg is just the latest controversy, but there could be others. Driving further downside in the markets, for example, could be revelations dealing with the president’s tax returns and/or Vice President Joe Biden’s (and his son’s) history with Ukraine. Further accusations of foreign interference in U.S. elections, and/or additional mail-in ballot issues could be with us up until, or even after, the actual November 3 election. All of these possibilities could add fuel to the fire throughout October’s stock markets.

On the plus side, a coronavirus vaccine could be in the offing as early as next month, according to the President. While most pundits believe another stimulus deal is dead in the water until sometime after the elections, who knows? The Democrats are readying another stimulus plan with a $2.4 trillion price tag. That is down from the $3.5 trillion bill the House passed a few months ago and could be on next week’s agenda for passage.

Any or all of the above considerations could cause market swings of anywhere from 3-7% in both directions. It might be a day trader’s dream, but it could also be his/her/their worst nightmare. My advice is to stay out of it.

If things fall apart from here, I could see the S&P 500 Index pull back into the 3,050-3,140 range.  If the lower end of that guesstimate were to happen, we would be looking at a 15% decline from top to bottom. I hope not, but if so, take your lumps and wait until the smoke clears in November, or possibly December.