We had our first down week since the election, as markets consolidate the hefty gains of November. Under the surface, however, the rotation out of bonds and into stocks continues. 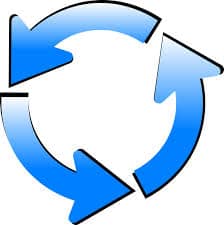 As I warned last week, the easy money gains are over for now. I’m not looking for any huge move to the downside, however. Instead, I expect a minor pullback that will hopefully set us up for a final move higher in the last two weeks of the year.

This year that traditional end-of-year Santa Claus rally is competing with the expectation that the Federal Reserve Bank will hike interest rates. Although both bond and equity investors seem prepared for the move, you can never truly know their reaction to this event until it happens.

Last year in December, the Fed hiked the Fed Funds rate by a similar 0.25%. That action not only short-circuited the holiday rally, but I’m convinced it contributed to the downdrafts in the market we witnessed in January through March of this year.

I am not expecting markets to behave in a similar fashion, however, since events have changed dramatically from a year ago. For one thing, interest rates have already seen a dramatic rise in November. The dollar has also spiked and the U.S. economy is growing at a faster clip than it has in over three years. Remember too, that last year the Fed also telegraphed to the markets their expectation of possibly raising rates four more times in 2016.

The markets freaked out at that prospect. Their message, in hindsight, proved to be a mistake causing the Fed to backtrack on the number of hikes they were planning for 2016. Some strategists believe the Fed will make the same mistake twice. They worry that the Fed will plan for several interest rate hikes in 2017, on the assumption that the new administration will launch a large government spending program, causing a potential increase in inflation.

Although that story may sound plausible, I don’t think they are giving the Fed enough credit. I expect the Fed will take a wait-and-see attitude toward what may or may not happen to corporate tax rates and government spending. After all, who knows what will ultimately be passed by the Trump Administration and when?

Therefore, as a contrarian, I would expect the Fed to remain dovish when contemplating additional interest rate hikes in 2017. I could actually envision a scenario where the Fed does hike by a quarter point, but that’s it–a one-and-done” action that actually heartens bond holders and causes a rally in bond prices.  But I digress.

This week the rotation out of bonds and into equity continued, although at a somewhat slower pace. A lot of that new money has found its way into energy stocks as a result of an OPEC and Non-OPEC deal to cut production by 1.2 million BBL/day. Over the last two days that action has increased the price of West Texas Crude by 12% to just under $51/BBL.

Energy stocks roared with some companies gaining 10-15% in the blink of an eye. Most analysts believe that oil will still remain in a trading range with $55/bbl. the possible upper range for prices this year and next. At $55/bbl., energy production begins to come back on line, especially here in the North American shale patch, which would put downward pressure on prices once again.

As for the overall markets, I remain bullish, especially on America. However, I still expect single digit returns this year and, at this point, it is only a question of whether that will be a high or low single digit.