The pet business is booming. Last year we spent $58.5 billion on our animal buddies and will plunk down an additional 4-5% more this year. The lion’s share of that increase, after food, is going toward health care. 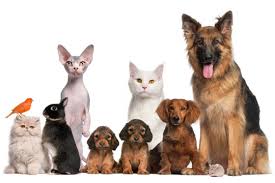 One reason for this growth is that a record numbers of Americans have pets today. The ASPCA estimates that there are 70-80 million dogs and 74-96 million cats that are homesteading in our houses. That means that approximately 37-47% of all American households own either a dog or cat. If you throw in birds, fish, rabbits and other small pets, nearly 70% of Americans own pets today.

There was a time when the experts could just tell you how much that pet might cost you over a life-time. A medium-sized canine, according to the stats, could cost you $1,580 in the first year and then roughly $700/annually thereafter for the life of the pet. Your cat might cost less, maybe $1,300/year, but about the same as a dog every year thereafter. Those costs would include spaying or neutering, vaccinations, food, treats, toys, training, leashes and other routine care and medicines. However, that does not include the costs of boarding, sitting, major medical and of course, pampering

Food is still the largest expense. Dog food prices have risen steadily since I was a kid when my father brought home our first Boxer. Back in the Seventies, for those of you who remember, a can of dog food cost about 8 cents a can. Today that can is fetching $3-$4 or more. This year, treats alone will cost us $2.5 billion while pet food costs overall will total $23 billion

Clearly, Mad Men on Madison Avenue have embraced the dog food business. Human dietary trends and social and consumer habits have been neatly translated into new doggy diets, organic treats for your cat and even monthly deliveries of high-priced gift boxes like “barkboxes.” Buzz words such as “range-free, by-product-free and organic” abound on $100/bags of kibble.

No one blinks an eye when advertisers apply the slogan “you are what you eat” to that fur ball you imagine is lacking a certain luster in her coat or looks a bit porky (unless, of course, he is your pet pig). They use these ploys to convince us to spend two or three times the regular price of that run-of-the-mill stuff we normally buy and it works.

But remember, dog food is not people food and the FDA cannot always protect the consumer from companies that claim one thing and sell another. Just recently, Blue Buffalo, a high-priced, billion-dollar, premium pet food company that ships over 10 million bags annually, was called-out by its competitor. Purina sued the company for claiming its food was by-product free when it wasn’t. It took a year in the courts, but finally Blue Buffalo had to admit to the truth.

Health care costs have also risen. Veterinarian care will cost Americans a total of $15.73 billion dollars this year. Medical breakthroughs in technology and medical services like chemotherapy, radiation, surgery, ultrasounds and biopsies for pets are now readily available at our local vets. There was a time when these services, if they were available at all, were few and far between. These sky-rocketing costs are the principal reason that the pet insurance industry is growing at an average rate of 13%/year from nowhere a decade ago. The number of insured pets has risen to over one million and growing steadily.

The engine of growth behind this pet phenomenon is a growing and changing emotional bond between us and our pets. Increasingly, we feel that Duke or Daisy is a part of our human family. There is even a word for it, “anthropomorphization,” the attribution of human characteristics to our pets. Many pet owners today seem to blur the lines between children and their animals. As such, these newest members of our families enjoy the same level of attention and spending that one’s other children demand.

You don’t have to agree with it, but you can’t fight it either. There is something downright comforting to come home to a wagging tail or a body purring against your leg. As for me, I draw the line at the dinner table. My dog does not sit at the table (although he does sit under it where the scraps are best).