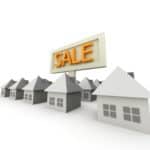 Housing has been the bad boy of the financial markets ever since the first sub-prime mortgage loan went bad back in 2007. So it may come as a surprise to some that I believe that this scorned and much-hated sector of the economy is ripe for a comeback. But don’t look for a get-rich-quick kind of reversal.

Recently, the data in the real estate markets has been confusing, even contradictory, which is what one would expect in a bottoming market. For example, the National Association of Realtors said that 2010 was the weakest year for home sales since 1997 and the number of foreclosures in 2011 will continue to weigh on home prices, which are expected to fall even further in the next six months.

Given these somber statistics, why would anyone want to invest in real estate? As a contrarian, I often like to invest in markets that most others shun, especially when I believe the worst is just about over. Over the last few months, certain housing statistics indicate a bottom is forming in this sector, in my opinion.

For example, existing home sales hit their low in July, 2010 and have steadily increased each month since then (with the exception of October). For December, sales were up in all parts of the country with the strongest gain coming from the west with a 16.7% increase. Sales rose 13% in the Northeast, 10.1% down South and 11 % in the Midwest.

Many bearish forecasters, however, point to the rising tide of housing inventory as a reason to stay away from the sector. The more inventory there is to sell, the more prices must go down, and the more time it will take before supply and demand of houses is back in equilibrium. Last month, the inventory of unsold homes stood at an 8.1 month supply, down from 9.5 months in November. The trend looks good but unfortunately it is still far from normal since the historical average of normal inventory is 4.5 months supply.

In September, 2010 there were 3,585,000 homes for sale. However, lurking out there are all those houses whose mortgages are in default called “shadow inventory”. That represents another 3,776,200 units that could possibly be dumped on the market. If we assume that 50% of them will ultimately be added to the national housing inventory, then it could take as much as two years to work off (sell) this entire inventory, assuming that no new inventory came on the market.

New inventory (housing starts) will continue to grow at the same time, but the data indicates housing starts are growing at a declining rate. Since March we’ve experienced a 20% decline is the issuance of building permits. Housing starts dropped an additional 4.3% in December. It appears that the big national homebuilders will be cautious for the foreseeable future in building new homes until a recovery begins.

Of course, the real key to the housing market is the growth rate of employment. Without a job, there is little one can buy, regardless of how low housing prices or mortgages rates go. There again the data points to an uptick in employment and the Fed and government are doing everything they can to boost that number.

Most people I talk to have nothing positive to say about the real estate market. Some investors actually hate it, especially if they suffered major losses in REITs or other real-estate related securities. That’s the time when many smart people start paying attention. Two men I respect, Warren Buffet and hedge fund manager, John Paulson, are predicting the housing market will bottom this year. I agree.

Remember too, that in this era when so many investors are concerned about future inflation, real estate has provided a suburb hedge against inflation along with other commodities. If you are an investor with a short-term horizon (the next 3-6 months), then real estate is not for you, but if you have the patience to invest now and hold for a few years, I believe now is the time to buy. Please call or write for my specific recommendations.