Despite all the algorithmic programs, high-powered computers, enormous capital and worldwide connections, what happens in the investment world sometimes comes down to a coin toss. The British vote next Thursday to stay or exit the European Community is shaping up to be one of those binary events. 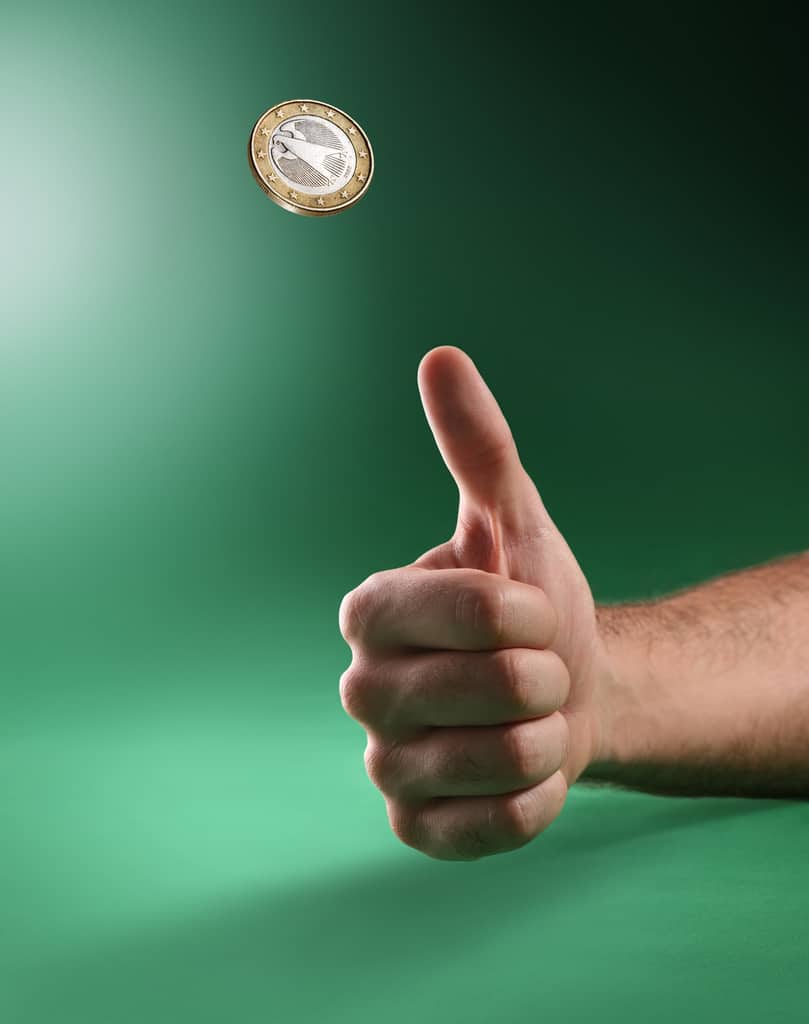 Have you noticed that there are more and more of these kind of events in the world? Remember the U.S. government shutdown, the Greek Referendum, the TARP vote, the German bailout votes for Greece, the vote on Spanish austerity? These are just some of the either/or occasions that sent global markets up or down in double-digit moves.

If you listen to some of the big brokers, they are predicting as much as a 15% decline for the U.K. stock market (the FTSE 100) if a Brexit occurs. But if they stay, you could see as much as a 14% rise in the same index and an even larger rebound in the European markets. On the bright side of this contest, look at it this way: for once you have the same chance to be right (or wrong) on the outcome as the big guys.

By the way, remember my prediction that volatility was going to rise this summer? In less than two weeks the VIX, which is an index that measures volatility in the markets, has risen by 40%! Hang on to your seats, readers, because we still have until next Thursday before this soap opera plays out. However, while the world ignores everything else but the Brexit outcome, I’m on to other things.

This week’s FOMC meeting and Chairwoman Janet Yellen’s press conference afterward really surprised me. Although the Fed always couches their words in financial speak, technical jargon and just plain poor English, in essence, the message I received was that further interest rate hikes are off the table at least for the foreseeable future.

Two weeks ago I predicted a June rate hike was a non-starter, but I still expected a hike sometime later, maybe July or September. While mumbling about global risks (Brexit) as a reason to delay any action, Yellen admitted that some of the economic forces that are holding back the economy and a rise in interest rates “may be long-lasting and secular.”

Slower productivity growth, as well as the retiring Baby Boomers in this country and in other aging societies, who will spend less, and save more will drag down growth. Yellen said that these are “factors that are not going to be rapidly disappearing but will be part of the new normal.”

These are arguments that former Treasury Secretary Larry Summers, who was in the running for Janet Yellen’s job, have been arguing for some time. He believes industrial nations are caught in a swamp of secular stagnation where economic growth will be at best moderate.

If Summers, and now Yellen, are right in their assumptions (and both are a lot smarter than I), this change in outlook should have some predictable outcomes. For example, the U.S. dollar should trade in a range, or even fall at least until that time when a rise in U.S. interest rates is a real possibility. St. Louis Fed President Jim Bullard, a leading “hawk” on the Fed’s board, said in a white paper today that low GDP growth (2%) and an even lower Fed funds rate will likely remain in place at least until to 2018.

It would seem to me, given past investor behavior, that this kind of environment will force more and more retiring Baby Boomers into the stock market in search of better yields and price appreciation. It augurs well for higher stock markets worldwide, since they will be the investment of last resort in an environment of secular stagnation.

However, the downside is that investors will need to temper their expectations of what they can expect from stocks. Single digit returns will be the best we can get, unless one wants to wander further afield to regions, countries and asset classes that may offer higher returns as well as risk. More on that later, but for now, if the UK does exit the EU, investors can expect a continuing high degree of turbulence within the markets.