There is a whiff of panic in the air. Who can blame investors for feeling that way after two solid weeks of downside turmoil? The question to ask is what happens next. 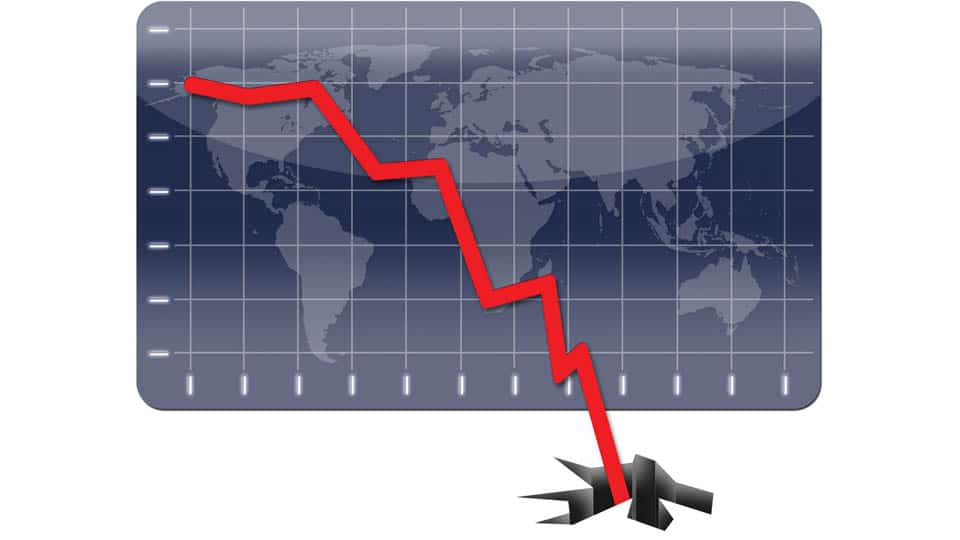 When global markets act this way, you can throw fundamental analysis out the window. It really doesn’t matter what earnings are reported, how high the dividend yield has become or how cheap a particular stock is. In the short-term, at least, individuals are far too concerned about how much money they are losing to pay attention to that stuff. That is a mistake. It is times like these that Warren Buffet makes many of his purchases.

So let’s, for a moment, pretend that we are one of the cooler heads, who see opportunity right here, right now. What do I see that you don’t? First off, in my last column I warned readers and clients that I expected the markets to trade down to their August, 2015 lows. As of Friday morning, that was accomplished. Now physics should kick in.

There is a financial concept called “oversold markets” where a financial asset has declined to such a level that it presents real value and a buying opportunity for investors. This is usually a result of market overreaction and panic selling. We have been in that condition now for several days. Of course, there is nothing that says that markets can’t get even more oversold. But at this juncture, the risk/reward ratio seems to suggest that at the very least we can expect a substantial bounce in the markets.

Whether the decline is over will depend on what happens when the market does bounce. I will be paying a great deal of attention to how much of the market’s losses are regained and on what kind of volume. If for example, the markets spike higher for a week or two but then roll over it could spell even further trouble for stocks.

We have not had a 20% correction in the stock market since 2011. As such, some analysts argue that we are overdue for a similar downdraft. It wouldn’t be the end of the world and the long-term bullish trend of the stock market would still be intact. Nonetheless, a decline like that would freak out many people who do not remember (or chose to forget) that they not only survived 2011 but went on to make much more money in the years after that.

A pullback of that magnitude would make me wildly bullish. Given that I do not see any worldwide economic calamity in the making, I would be buying stocks hand over fist, provided I had the cash. And here is the rub. Long-term investors may not feel particularly adept at selling on a bounce and then buying back lower. It just may be better to take your lumps and wait out the decline. For those readers, take comfort in the fact that this is NOT 2008-2009. There is no financial crisis. There is no overleveraged housing market or looming recession.

For those of you who have the stomach for trading in totally unpredictable markets, wait for the rebound, raise cash when you think it is right, and then wait for the bottom. I wish you luck in that trade, because right now the stock market’s destiny is in the hands of the oil market. And there is absolutely no one who is able to call a bottom in oil. As such, you will be at the mercy of one of the most notoriously volatile commodities in the world.

All of this strategy and advice could be for naught, if the markets do not hold these levels. What if they don’t? The next level on the S&P 500 Index would be about 1,830 or 50 plus points lower from here. I don’t think that will happen, but it is better to know the next downside target just in case.