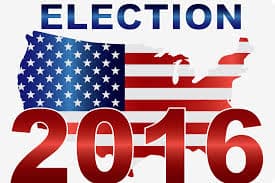 Back in the day, it was rare to have any more than 2 or 3 candidates in each party (and maybe an independent) running in the presidential primaries. Over the last few years that number has tended to increase. This year it looks like we may set a record of most candidates seeking the country’s highest office. As of this week, I think we have ten announced with another eight or more coming.

Can all these politicians truly believe they have a chance at the number one spot? After all, it takes money, time, effort, a large staff and so on to run a campaign. In my experience, politicians have never been known to waste their own money on a losing cause unless there was something in it for them.

Running for president, it would appear, has actually become a short-cut to fame and fortune in this country for many politicians. The “losers” benefit from an enormous amount of free media coverage, fund-raising sources, job offers and more. In addition, they get a chance to have their views aired to millions of people, regardless of whether these views have anything to do with reality.

Losing candidates are offered television shows, speaking engagements, lobbying positions, even company management slots as well as the opportunity to position themselves for the next race whether for the presidency or in state or local politics.

What’s more, given the right contacts, the whole effort is paid for by someone else. In this day of Super Pacs and unlimited contributions from individuals and corporations, there is always somebody who is willing to buy a politician somewhere. Politicians canvas the country seeking campaign funds from every available source. When the competition becomes too intense (as it is now), well, there are always the billionaire survivalists or wealthy religious extremist who is willing to bankroll someone who will act as a mouthpiece for their views.

And this newly-found political gold mine is not the preserve of Republicans. As time goes by Democratic candidates are also jumping on board. Who, outside of Rhode Island, for example, would know Lincoln Chafee, the son of a politician and a life-time politician himself? He wants the country to switch to the metric system. Then there’s Martin O’Malley, former governor of Maryland and mayor of Baltimore, and Bernie Sanders from Vermont. They are all claiming to be the heir to America’s Progressive Movement.

Hilary Clinton, the front-running candidate of her party, gave us some insight into how lucrative the speaking tour can be for an out-of-office politician. Her husband, Bill Clinton, earned $104.9 million for 542 speeches 0ver 13 years. Hillary can now demand $200,000 and up after her failed bid for the presidency and her stint as Secretary of State. She is in greater demand than her husband.

But let’s not pick on the Democrats. Mike Huckabee, a contender for the GOP presidential candidacy in 2008, landed his own television show on Fox News as a result. Rick Santorum now runs a company that makes Christian movies. And let’s not forget Sarah Palin. Our girl Sarah was showered with book deals, TV shows, high-priced speaking engagements and much more. And that’s all from a candidate who exhibited a level of world-class ignorance in foreign affairs that stunned me. Remember Rick Perry, he is running again. In case you forgot, he was the 2008 candidate that couldn’t remember the names of the three government agencies he had promised to close. I could go on and on but I won’t.

You get the point. The tragedy is that most of us learned in civics class that it was our patriotic duty to listen and to try and understand the policies of every candidate seeking this, our most important public office. Now these politicians have managed to subvert and use that duty as a means to further line their own pocketbooks, while expanding their fame and future fortunes. Enough said.