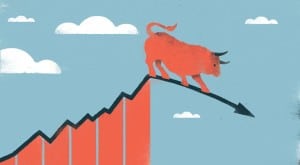 As October comes to an end, historically the month of November is positive for the stock market. December and the traditional Christmas rally it typically generates combine to make these two months the best period for positive returns all year. Chances are high that this year the stock market will perform according to this behavior pattern.

I say that because so far in 2015, if you had followed the historical behavior of the markets: “sell in May,” “expect at least 2-3 or more pullbacks per year,” and the warnings that “the first half of October is usually volatile,” you would not have been steered wrong.

As we trade today, the S&P 500 Index is slightly positive (1.5%) for the year. The Dow Jones Industrials is essentially flat, while the NASDAQ has done better, up 7.4% for 2015. I am expecting that all three averages will gain from here through the end of the year. The NASDAQ will most likely outperform the other two averages, but not by a wide margin.

As I have said all year, I expect a single digit return from the S&P 500 Index, but will that mean 1% or 9%? That’s quite a range and the outcome could have a significant impact on your returns for the year. The low end of my range would see the S&P to hit 2,150. That is only another 2.3% gain from here. In total, that would generate a 2015 return of 3.8% for this benchmark index. On the other hand, if over the next two months the bulls get to see all their wishes come true then we could achieve as much as 2,250 on the S&P 500 Index. That would generate roughly an 9% return. What would need to happen in order for that wish list to come true?

One item on that list has already come true. The political issues that were bugging the markets are now off the table–debt ceiling, budget debate, a new Speaker—thanks to this week’s compromise in Washington.

Bulls are also betting that the economy will continue to muddle through, neither too warm nor too cold, so the Fed won’t take any action on interest rates in December. Energy prices will remain at this level, providing lower costs for both the consumer and corporations. That will translate into more money for the consumer, who will be willing to spend more this holiday season. That should generate additional sales and profits for the retail sector. On the international front, both China and Europe will continue to stimulate their economies and that will support global equity markets.

I do believe that much of the bull’s case will come true, although it will require good timing, some luck and cooperation from a number of sources. What can go wrong? The Fed could fool us. The dollar might spike higher. The weather, given El Nino, could turn frigid, fueling higher energy prices. Overseas central bankers and governments may not cooperate or change their minds. I could go on, but you get the point.

Whether the bulls get their way, or we have to settle for something less, my worst case scenario is still fairly positive for the markets. Especially for those of you who thought the world was coming to an end on that Dow 1,000 point down day in August.