There was a time when soaring bond prices and correspondingly lower interest rates were a bad sign for the stock market and the economy. Thanks to worldwide central banks, that correlation no longer exists, or does it? 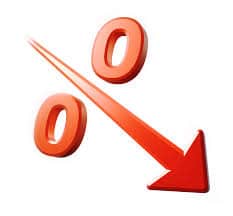 Current wisdom on Wall Street will tell you that interest rates are at historical lows because investors are hunting for yield. And it just so happens that the U.S. bond market still offers the highest return on your money. That’s not hard to understand if you realize that most developed nations’ treasury bonds are yielding far less than ours thanks to central bank manipulation.

Gold, on the other hand, continues to rise, racking up a 30% gain so far this year. Buyers of gold are usually worried that one of two things will occur—runaway inflation or fear of economic collapse. Wall Street will tell you that none of those historical reasons matter. Instead, this time around, the pundits say it is all about the declining value of global currencies.

As foreign countries’ interest rates continue to decline, so do their currencies. Foreign and domestic investors, according to the headlines, are buying gold and our Treasury bonds because “there is nowhere else to go.”

You can throw into that explanation the reason why so many investors are buying anything with a yield. One conservative client of mine called today wanting to know if she should buy more of two Vanguard dividend funds (both of which were trading at record highs). I suggested she wait a bit, but like so many retirees, she wanted and needed her money to be earning something, anything, even if it was less than a dollar a month. I remember the same kind of conversations in 2008.

Remember last month’s non-farm payroll employment number? No? Well, let me remind you. Job growth came in at just 38,000 job gains. The market swooned. Today the job gains totaled 278,000 jobs. The market roared. The moral of this tale is individual data points mean absolutely nothing. All they do is give high frequency traders the chance to buy your stocks cheap or sell them to you at the highs.

For those of you who follow my columns, you know that I am a bit of a contrarian. Here is my take on the markets, gold and interest rates. Something is wrong. The bond market is full of very smart people, who don’t normally get swayed by emotions or short-term events. The fact that rates are this low says there is something out there lurking in the woods that should (but isn’t) telling us to be careful.

Maybe we are underestimating Brexit. The markets are convinced that whatever happens, the central banks will bail us out. I hope so. But then there is the gold price. Even on days when gold should logically fall back (like today), it doesn’t. Normally, when the dollar gains, gold declines. It isn’t happening.

I write this because we should all be wary of what is happening right now in the markets. That does not mean that markets won’t reach and even surpass the historical highs. There is a good chance that the S&P 500 Index will climb to 2,160-2,170 in the short term. That’s not much but the direction is still up. However, when it does, I may turn a bit more cautious going into the doldrums of summer. Stand by.

Are financial questions keeping you up at night? Financial Advisors Holly Simeone, CES™ and Lauren Russo, CEPA, FPQP™, CVB, together with Paraplanner Angela Elzner, FPQP™, invite you to invest in your financial health by joining them during Open...
Nurses and other healthcare professionals in the Berkshires and across the United States find themselves in a unique retirement situation: the 403(b) offered by their employer can be stewarded by the financial management firm of their choosing...
Spam emails, texts, and calls – we all get them. The offerings are usually too good to be true: a free cruise, an inheritance from a long-lost aunt, a free iPhone. Who wouldn’t want to be the lucky...