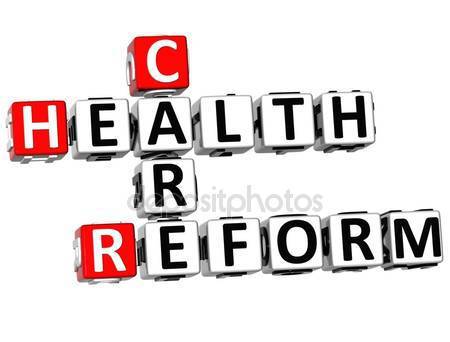 In a week where the overall indexes traded sideways, health care and biotech stocks bounced. It is all about market rotation. Expect that trend to continue.

If you happen to have been a holder of the biotech index this week, you would have gained about 8% since last Friday. The health care index also gained (up 3%) while the S&P 500 Index remained relatively flat.

The catalyst for health care was the Republican Senate’s proposed bill that would dismantle the Affordable Care Act (ACA). The bill, which is expected to be put to a vote next week, would eliminate penalties for not buying health insurance; reduce Medicaid, while capping federal spending in that area. It would also roll back many of the taxes related to the ACA. It would keep tax credits, but cut them for many low and middle income Americans.

Why, you might ask, would Wall Street be overjoyed by the loss of health care insurance coverage by millions of Americans when, we the taxpayers, will end up paying for their health costs anyway? The short answer is that the proposed bill has very little in it that would impact drug pricing and Wall Street is notoriously short-term in their thinking.

If you recall the presidential campaign rhetoric, both candidates promised to control drug pricing and place additional restrictions on biotech and pharmaceutical companies. As a result, over the last 2 years, there has been a dark cloud over this group of stocks. That cloud was just lifted this week.

In the absence of anything else to do (remember, the summer time is usually a slow season for the markets), traders are now spending a great deal of time guessing what stocks or sectors will be next in this game of rotation. As I have written, that is where the action is these days.

Will it be energy? After all, it is the worst performing sector in the market, but in order for that to happen, oil prices need to reverse. That’s a tough call, because the tried-and-true-method of supporting oil prices by cutting production is not working for OPEC. The culprits are American shale oil producers who are replacing OPEC’s cuts by increasing their own production.

Or maybe industrials are next. The “Trump Trade” has been written off as dead. You remember when I warned folks that counting on a vast infrastructure spending deal, while cutting taxes and regulations this year, was not a smart idea. Natural resources, basic materials and the industrial company stocks that were going to build all these airports, tunnels, bridges and highways spiked and then plummeted as reality set in.

The GOP’s tax cut program depends on getting a health care bill passed first, because gutting Medicaid would free-up $1 trillion in government savings. That might then pave the way for tax cuts sooner than expected. Since hope springs eternal, investors are hoping that maybe they were too quick to write-off Trump’s economic program for this year.

As for me, as long as the indexes continue to consolidate in a sideways fashion, I’m happy. What would make me become a bit more cautious? If stocks rocketed skyward on big volume with little reason, I would expect to see a downdraft shortly thereafter. It is what we call “a blow-off top.” They usually signal the start of a decline for the markets. So far, there is no evidence of that, so my advice is to ignore the noise, watch the rotational action, and stay invested.