Just when you thought it couldn’t get any better, the Federal Reserve Bank gave investors everything they wanted this week. As a result, the indexes racked up their fifth week of gains in a row. Could there be six? 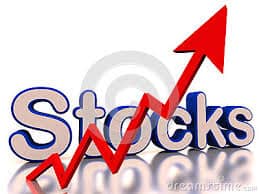 A combination of events has unfolded over the last few weeks that have driven the markets higher. A potential bottom in oil and its subsequent rise to over $40/BBL. has provided support as well as fuel for stock gains. Given my belief that “where oil goes, so goes the market,” it should be no surprise that the stock markets have now regained all the losses suffered in 2016. Oil, by the way, is also at around the same price it was at the beginning of the year.

This week after the Federal Open Market Committee Meeting (FOMC), the U.S. central bank announced that they would keep interest rates the same. They also lowered their guidance on the number of times they anticipated raising the Fed Funds rate this year from four to possibly twice. Traders read those comments as bullish for stocks.

Readers may recall last week’s column where I pointed out that the indexes had reached a critical level. In order to advance, the stock markets had to break through their 200 Day Moving Average. They did. The S&P 500 Index decisively moved above 2,019 and the Dow breached its 200 DMA as well. Since then stocks have methodically gained ground.

By now it should be clear to you that none of the bearish predictions that panicked investors over the first two months of the year have come true. As the markets go higher, the very same talking heads that were predicting markets would go much lower are now changing those forecasts. Most of this noise occurs within the financial media. You do yourself no favors by paying attention to it. The dribble you receive from television shows or e-mails from hucksters who are regularly predicting the end of the world is the worst kind of information.

Stocks will continue higher for now, although pullbacks will certainly occur with regularity. As a potential target, I would guess that we have a good shot at regaining 2,100 on the S&P 500 Index. We may even touch the old highs (S&P 2,134) or close to it. But that does not mean that all is smooth sailing for the remainder of the year.

Do not be surprised if the averages decline again sometime this spring or summer as election fears spook investors and traders alike. In hindsight, I believe this year will be remembered as one of the most volatile in recent history. As such, you should carefully review your risk tolerance.

The last five years of positive (and outsized) gains that the stock market has delivered may have lulled you into a dangerous level of complacency. Historically, stock investing has not been for the faint of heart. This year has simply provided a reminder of that fact. In many cases, you may have fallen prey to “risk creep” or the tendency to become more and more aggressive in your investment choices as stocks climbed higher. It is time to revisit that attitude and those investments.

As I have written in the past, this is not your father’s stock market. Central bank policies worldwide have created an entirely new playing field. It is a game whose rules and results are both hard to predict and may have consequences that no one imagines right now.

A brief look at today’s currencies, for example, illustrates that point. Central bankers have engineered interest rates and quantitative easing in an effort to grow their economies and goose exports. But these same policies seem to have had the opposite impact. Negative interest rates in Europe and Japan have actually led to stronger currencies while our own policies appear to have softened the dollar’s strength. None of this was in the game plan and yet it is happening right now.

Gold seems to be a beneficiary of these actions. Speculators, unsure of why and what will happen to currencies next, are flocking to precious metals as a way to protect their money or at least hedge their currency risk. As such, gold has proven to be one of the best performing assets thus far in 2016.

However, that does not mean it will continue outperforming. At any time, new central bank policies might cause this profitable trade to unwind. The potential for a sever downdraft in prices is high. Investors need to be able to weather 1-2% changes in price on a daily basis. Can you stomach that kind of volatility?

Over in the oil patch, price gyrations are even more pronounced. Sure, this week we have seen oil gain anywhere from one to five percent on a daily basis. Next week, if some oil minister somewhere shoots off his mouth, we could just as easily see declines of that magnitude. The point is that there is no way of knowing what happens next. Therefore, you need to own a portfolio that you can live with in this kind of environment.

We all wrestle with fear and greed. A more defensive portfolio will almost automatically guarantee you a lesser rate of return, at least on the days and months that stocks go up. It is a different story when markets go down. You need to strike a compromise, a balance per se, between what you are willing to lose in opportunity (upside) versus the costs of sustaining double digit losses (if only on paper) for days or months on end. I suggest you do that now and if you have questions e-mail or call me.