“Highway to the danger zone

Gonna take you Right into the danger zone”

Something new is happening to the stock market, it has actually had two negative days in a row. That doesn’t mean much after weeks of gains, but it just may signal a temporary halt to the Trump Rally. 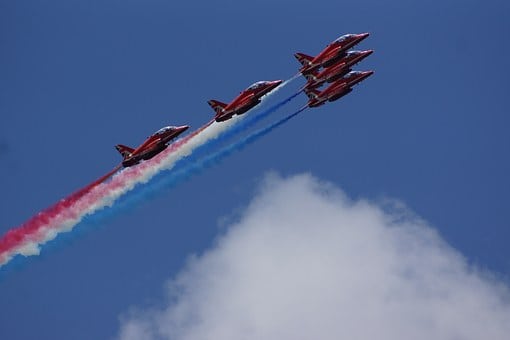 My short-term target in this Trump-inspired rally was achieved this week. The benchmark index, the S&P 500, not only reached 2,330 (my target) this week, but went beyond it. The S&P 500 kept on climbing, reaching an intra-day, record-setting high of 2,351.31 on both Wednesday and Thursday. The index has subsequently fallen back but not by much.

The Dow, NASDAQ, the small-cap Russell 2000 Index, plus a slew of other averages also reached record highs. Make no mistake, that’s a good thing. Hence forth, any further gains will put us on a highway to what I call the danger zone.

Like the movie, “Top Gun,” we can cruise into the danger zone (where most accidents occur), but as Goose and Maverick discovered, one wrong move can send us into a tailspin. Let me make something clear, however, when (not if) this tailspin occurs, your portfolio will come out of this intact and reach even higher highs over the coming months. That is the reason I have been counseling readers to expect a decline–but not try to play it.

In this Teflon market, little can dent theses gains. There were rumors, for example, that a $4 billion hedge fund was in trouble. The markets barely moved. Then there was Fed Chairwoman Janet Yellen’s annual Humphrey Hawkins testimony before congress. In the past, investors and traders would hang on to every word for clues of what the Fed would do next in the interest rate environment. Today, the Fed’s spotlight has been stolen by the actions of our new president.

And speaking of our Top Gun, this week we witnessed some really crazy action coming out of Washington. True to form, “The Donald” in a press conference on Thursday performed another media-bashing episode that sent top network journalists screaming that the president has lost his mind. I found it amusing. Some of Trump’s top cabinet choices backed out, another resigned, while the Democrats continued to erect as many barriers to progress that they can. Welcome to Washington.

On the foreign front, President Trump bashed Venezuela’s leaders for facilitating drug running, met with Canada’s and Israel’s leaders, while telling Russians to give back Crimea to its people. None of these events moved the markets. Even the presence of a Russian spy ship, the SSV-175 Viktor Lenov, off our coast could do no more than produce a yawn from the high frequency traders.

For the markets, it is all about waiting to see what “phenomenal” tax, economic and regulatory reforms will be forthcoming from the White House. To be fair, the Federal Reserve Bank still has a role to play in investors’ psyches. Bond traders are keeping a watchful eye on exactly when the Fed plans to raise interest rates again. Right now, March is off the table and June seems the month of highest probability for another quarter point rise in the Fed Funds rate.

I expect markets to do little until further economic news is released from Trump’s team. The response from Congress will also be important. At any time, we could see a pullback because now we are in the danger zone. But as I have written, it would be a dip that should be bought not sold. Stay invested.