This week a parliamentary vote to elect a president failed in Greece. National elections have now been called for late January. The outcome could trigger a revolt against an austerity program that has brought years of suffering and pain to the population. 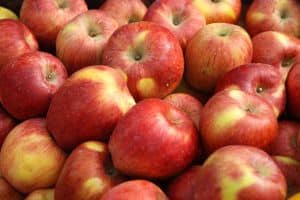 Today, the unemployment rate is about 25% in Greece. Its’ citizens have been living with higher taxes, less goods and services, declining government spending, fewer pension benefits and longer work hours for many years. This unhappy saga was the result of a decades-long binge of government spending, huge deficits and even higher debt. Detractors and creditors alike say the Greeks have only themselves to blame.

The global financial crisis triggered the end of the party. Since then, the Greek economy has suffered through three distinct recessions. As the economy slid, the viability of the country’s sovereign debt, which was held by the largest banks and financial companies throughout Europe, came into question. European leaders were terrified that the country would declare bankruptcy, renege on that debt and drag down the entire EU financial system with it.

A two-part debt bailout program was put together throughout 2010-2012. Various Eurozone countries, the European Central Bank and the International Monetary Fund (called the Troika) cobbled together a multi-billion dollar package that saved Greece (and the Euro) from economic disaster. In exchange, a severe austerity program, at the Troika’s insistence, was forced on Greece and its citizens. Since then the prescribed medicine has improved the outlook for the economy and unemployment. In the meantime, Greek government debt has been quietly shifted from the hands of the banks, (which took losses of 53.5% of face value) to those of various governments. At the same time, private investors have been happy to grab up the forced sale of Greek government assets at distressed prices and the financial markets were rejoicing that Greece might actually return to a balanced budget by next year. So where is the fly in this ointment?

What may make bankers happy may not go down well with voters. Unfortunately, a country is made up of people who need to eat, to work, to aspire to the simple basics of life. Greek voters have seen precious few of those good things in life over the past seven years. Prime Minister Antonis Samaras, who has been implementing the austerity program, recently rejected demands by the Troika to raise taxes and cut incomes again in order to insure a balanced budget. As a result, additional bail-out money has been withheld.

Syriza, a left-wing coalition party of disgruntled Greeks, has been gaining ground and now leads the ruling Samaras’s New Democracy Party in national polls. If they win in January’s elections, they promise to throw out the austerity policies ordered by the Troika altogether. And Greece is not alone in rejecting the demands of outsiders. Populist movements in Spain and Italy are also attracting an increasing number of voters. They are demanding the end to similar measures in their own countries.

I am not surprised. My experiences during the debt crisis during the 1980s in Latin America convinced me that the Troika’s austerity measures raised the risk of increasing social unrest in the Southern nations of Europe. Similar measures levied by the IMF in South America ushered in what is now called “the lost decade.” Austerity there did little to improve economic conditions but fostered countless coups and social revolutions, untold poverty and misery.

Today, while the European Union is struggling to avoid falling back into recession, these populous uprisings are at best inconvenient and possibly the harbinger of something that could be infinitely worst. The ECB’s plans in January to usher in a U.S.-style program of quantitative easing, I suspect, has been stopped in its tracks, until events in Greece are clarified. If things come undone in Greece, there is a real possibility that the Greeks could bolt the EU for good. And if they exit and survive, what would stop others from doing the same?