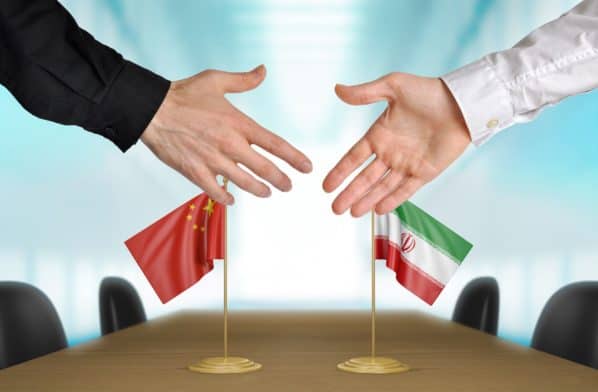 The de-escalation of the potential conflict between Iran and the United States sent markets higher this week. It could have turned out much differently. The question is why did the situation  defused so rapidly, and who really is responsible for that outcome? I’m thinking it was China.

Taking out the number two guy in Iran, Major General Qassem Soleimani, in a U.S. drone attack last week was a highly provocative move.  The world expected push-back from Iran and feared a tit-for-tat escalation on both sides. That didn’t happen. Sure, the Iranians did lob a dozen-plus missiles at two military bases across their border into Iraq, but relatively little damage resulted from that attack.

The following morning, the president seemed to offer an olive branch to the Iranians. It wasn’t quite a kiss-and-make-up moment, given we slapped more economic sanctions on them, but it was dovish enough to calm the nerves of global investors.

Investors feared that, at the very least (after last year’s Iranian drone attack on Saudi Arabian oil facilities), Iran would respond by either more of the same or attempting to shut down shipping through the Strait of Hormuz. For those readers who aren’t familiar with that strategic piece of real estate, the Straits accounts for 35% of all seaborne oil traffic, or about 20% of oil traded worldwide.

Of all the major powers that could have been hurt by such an action, China stands out as the potential number one casualty in a war of escalation. China is the world’s top importer of oil, buying 41 million tons, or more than 10 million barrels a day, with Middle Easten imports accounting for over 45 percent of that total.

China’s imports of Saudi oil are at record levels (up 53% since 2018), thanks to the decline in Venezuela’s output and the impact of America’s sanctions against Iran. As of this year, Saudi Arabia replaced Russia as China’s number one importer of energy. Iraq is also an important supplier and, although Iran‘s oil exports to China have declined by more than half, they are still substantial.

Given China’s reliance on this energy pipeline, ensuring that the Straits of Hormuz remains open is as much in their strategic interest as it is in our own. And when China speaks, Iran listens. Readers may fail to realize how deep and long political and economic relations have existed between these two countries. The two nations, for example, were instrumental in the development of the ancient Silk Road of Marco Polo fame.

In the modern-day era, the break in diplomatic relations between Iran and the U.S. in 1980 only brought Beijing and Tehran that much closer. Trade blossomed in the decades since with petroleum products exchanged for imports of clothing, vehicles, electronics, chemicals, household appliances, telecommunications equipment and, from a strategic perspective, arms and influence.  Since 2010 (the sanction era), when the U.S. and the United Nations imposed all sorts of sanctions on Iran to deter the country from building nuclear weapons, Iran’s dependence on China escalated.

On the diplomatic front, China, along with Russia, has been against sanctions and trade embargos levied on Iran that hurt their own economic interests. But, at the same time, they do not want to see an Iranian nuclearized threat in the Middle East either.

As such, China has long been willing to be the negotiator behind the scenes, trying to forge peaceful solutions to the issues at hand. Just a week prior to the U.S. assassination of Soleimani, the Chinese, Iranian and Russian navies were conducting joint exercises. A week later, China’s Foreign Minister, Wang Yi, was on the telephone with Iran, Russia and France while Yang Jiechi, the country’s top diplomat was urging Secretary of State, Mike Pompeo, not to start a regional war in the Middle East.

I would expect that next week’s signing of the Phase One China trade agreement here in the U.S. will be accompanied by further diplomacy by China in reducing tensions between the U.S. and Iran, so stay tuned.