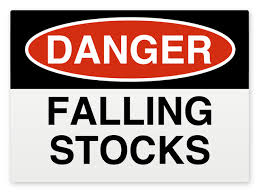 Markets sold off this week but not everywhere. While the U.S. and Europe suffered a bout of profit taking, parts of Asia did fine. Investors should expect more volatility on the home front next week.

The mood among investment advisors was somber, if not downright bearish, at the Schwab investment conference in Boston. Over the last week, hundreds of money managers, including yours truly, sat through educational and investment sessions given by some of the best minds on Wall Street. Why so glum?

Many were worried that global growth would continue to slow and drag our economy down with it. Then there were the Fed Heads, who changed their mind about a December rate hike for the umpteenth time. Now, the odds are better than 70% (up from 30%) that the Fed will raise rates next month.

Given the current level of the stock market, which is close to all-time highs, most investment advisers are better sellers than buyers. Contrarian that I am, I think that is a mistake. The Schwab equity strategy team, Liz Anne Sonders and Jeffrey Kleintop, tend to agree with my view. Kleintop, Schwab’s global strategist, pointed out that world GDP next year was forecasted to grow by 5%, according to the OECD, IMF and World Bank. He is also expecting global economic data will continue to surprise us on the upside between now and the end of the year.

Sonders, Schwab’s U.S. equity chief, believes here at home a recession is several years away. It’s her opinion that our economy is getting very close to “escape velocity.” That’s a term used to describe the ability of our economy to grow on its own, independent of any help from the Federal Reserve Bank. She also thinks the Fed will raise rates in December, barring any unanticipated slowdown in the economic data between now and then.

There are, however, some issues confronting the economy that indicate that it won’t all be smooth sailing in the weeks and months ahead. Although we have gained 13 million jobs since the financial crisis, which is a good thing, the flip side is that small businesses are having trouble finding workers.

We are also grabbling with an earnings recession. Profits over the last two quarters have been down, versus last year’s results, and that is expected to continue. The rising dollar, energy prices, and a slowdown in China are among the causes of these disappointments. Corporations have been able to mask this decline by buying back more of their shares on the open market. This has the effect of boosting their profit per share (simply because they have less shares outstanding) but even the most naïve investor is beginning to see through this ploy.

Clearly, the above issues bear watching, but are not enough to derail the bull market. The days of double-digit gains may be over but we can still see respectable single digit growth from stocks. It all adds up to more volatility in the stock market in the months ahead.

This week was part of the readjustment in thinking among investors that is necessary as the Fed prepares to hike rates. Remember, two thirds of the nation’s money managers have never experienced a rate hike by the Federal Reserve Bank. Fortunately, I’m not one of them.

As I predicted last week, the markets need to consolidate after several weeks of gains. It is nothing to worry about; just the usual give and take within the markets. If you have a little cash to spare, this would be a good time to put it to work.