By now, most Americans are familiar with the Avian Flu but its impact on your pocketbook may not be as well known. Here is what we know so far. 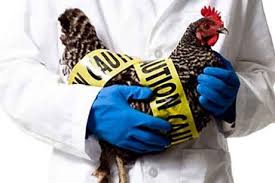 Egg producers have been walloped. Nearly 6% of America’s “layer” hens have been destroyed. That’s a lot of chicken, given that last year there were 362 million of those birds in the U.S., which produced 100 billion eggs. What’s that going to mean to supermarket shoppers?

Look for at least 15 cents increases in the cost per dozen eggs at the wholesale level, by the time they get to the retail consumer. We still do not know how bad the impact will be on turkey prices but we do know that, like eggs, the turkey population has also been pummeled. About 1.5% of the turkey population, which numbers 238 million birds, has been culled due to this flu. How much, if any, this devastation will impact your Thanksgiving dinner this year depends on how wide and deep this H5 strain of avian influenza will spread.

To date, the U.S. Department of Agriculture (USDA) has confirmed 122 cases of the H5 strain that can kill a bird within 48 hours. Nearly 24 million chickens and turkeys from over 14 states have been affected since December. That’s a lot more than the previous avian flu outbreak in the 1980s when 17 million birds died or were culled.

Scientists believe migratory waterfowl are spreading the disease as they trek northward in their seasonal migrations. So far no human cases of the strain have been discovered and the USDA does not believe that the flu has entered the food supply, or at least not yet. Unfortunately, the flu is still spreading. Iowa and Minnesota reported more cases this week, including two huge egg operations that combined produce an estimated 4 million hens.

The spreading disease is beginning to have an impact on industry. The first 233 layoffs occurred at Hormel Food’s Jennie-O Turkey subsidiary, while some countries (China and Mexico) have already imposed bans on poultry imports. Those were “dark meat” markets where leg quarters are the predominant exports. With exports markets blocked, processors have been flooded with an excess of these poultry products and nowhere to sell them.

Broiler chickens, the largest slice of the $48 billion annual poultry market, have gone largely unscathed. These are chickens raised for meat. Given that this product is dedicated to human consumption, today’s industrial bio-security systems are state-of-the-art. Farmers and corporations have learned their lessons and spent millions in construction in response to previous outbreaks of the flu and other diseases. Yet some scientists worry that the disease may be able to penetrate these defenses, if, say, a farm worker accidentally tracks in the disease on the bottom of his shoe or boot.

The USDA has been working on a vaccine that could protect our national poultry flocks from these bird flu strains while the Center for Disease control is working on a possible human vaccine at the same time, so far without success. In the meantime, this week the government approved an additional $330 million in emergency funding to help contain what has turned out to be the worst outbreak of avian flu in our history.