As traders steel themselves for next week’s Federal Open Market Committee meeting, the stock market remains volatile with a bias toward the downside. That should change for better or worse by next Wednesday. 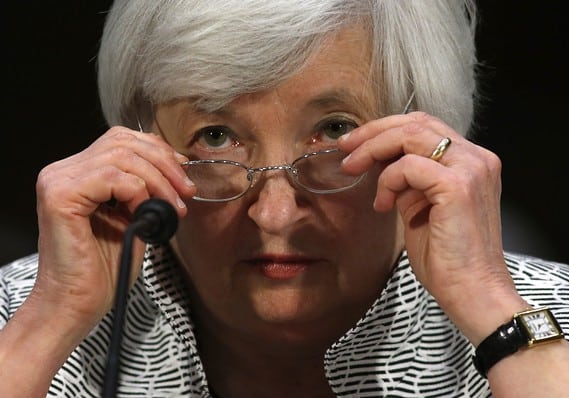 Whether the Fed raises rates or decides to pass for another month or three, I expect traders will use the decision as an excuse to buy or sell the stock market. I normally key off what the bond players think about the Fed’s actions and they put the probability of a rate hike at 30%.

The odds are low largely because inflation continues to be practically non-existent. The rate of inflation is one of the Fed’s twin mandates, the other being employment. Clearly, the jobs picture has been improving all year. So the signals are mixed. Given that the central bank is determined to err on the side of moderation when raising rates, why not wait a little longer before hiking rates?

In addition, although a small rate hike here in the U.S. would have little to no impact on the economy; it does have implications for global currencies, trade and emerging markets. I have referred in the past to the “carry trade.” That’s an arbitrage investment that many large institutions use on a global basis. They borrow in cheap or declining currencies and invest it in strengthening currencies and bond markets. A rise in rates (even a little one) does and will impact this carry trade. It will also impact exports, imports and, by extension, the economies of various nations.

The International Monetary Fund (IMF) is well aware of this risk. It is the main reason why its Managing Director, Christine LeGarde, has urged our central bank to delay a rate decision until next year. She feels that the global economic conditions are just too fragile at this juncture to sustain a rate rise from the world’s largest trading partner. She has a point. Neither the world, nor the Fed, really wants to see the dollar strengthen any further in the short-term. A rise in our rates would do that.

Wall Street would have us believe that the present volatility and uncertainty among stock markets would also be a big deterrent to hiking rates right now. I doubt that. The Fed would not be overly concerned if the U.S. market moved up or down 3-4% in the short-term. I’m guessing that you might feel differently about that.

By now, most of us are starting to cope with the newly-found volatility of the markets. For the first seven months of the year, the indexes traded in an extremely tight range. Since then we have been making up for lost time. The CBOE Volatility Index, which measures perceived risk, has jumped 120% over the past month.

Consider that over the last 15 trading days alone we have had 11 “all or nothing” days when greater than 80% of the stocks in the S&P 500 Index moved in the same direction, higher or lower. That compares to only 13 such days over the first 159 trading days of the year. It indicates that investors are far more concerned about the risk of the overall market than they are about the fortunes of any individual stock. That concern continues today.

It appears to me that the markets will trade aimlessly until the middle of next week. The bears will position themselves around a probable rate cut and a fall in the markets, while the bulls will do the opposite. Whatever happens, the fireworks will be at best a short-term phenomenon. Since no one really knows what decision the Fed will make, the best thing to do is nothing.