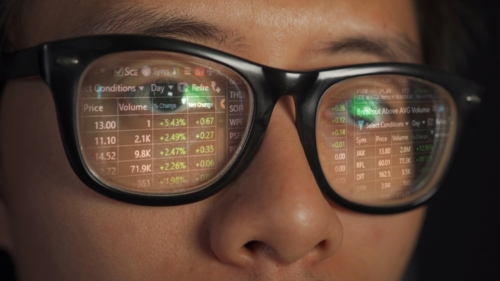 The stock market snapped back from the brink this week and recouped the losses suffered since Thanksgiving. In the coming week, investors will switch their focus on just how much and how soon they can expect monetary policy to tighten.

In the meantime, we have had some good news. The Omicron variant of the coronavirus seems to be less serious than first feared. Existing vaccines, according to some drug companies, should be able to handle this mutation with an added booster shot. In the U.S., those booster jabs are already working through the population.

That should shore up any worries over a potential slowing of the economy. Weekly jobless claims came in much better than expected with only 184,000 Americans filing for unemployment benefits, compared to 220,000 expected. That was the lowest claim’s number since 1969.

But it does not reduce the present anxiety over a higher rate of inflation going forward. The Labor Department revealed a multi-decade high rate of inflation. November’s (2021) inflation rate rose by 6.8% year-over-year, which is the fastest annual increase since 1982. Mid-week, during this week’s ten and twenty-year U.S. Treasury Bond auctions, investors seemed willing to continue buying U.S. Treasury bonds without demanding much more in the way of higher interest rates. Buyers of the 30-year bond auction were demanding a bit more yield than in the past. That could change, however, if the Fed begins to push up its timetable for raising interest rates next year.

As it stands, economists are all over the map when it comes to projections over what the Fed may or may not do in 2022. There is no consensus over the central bank’s timetable, and I am not sure that even the Fed knows what they are going to do next year. I think we are still in an environment where decisions are going to remain data dependent for some time in the future.

If the economy were to slow in the first half of next year, if some of the supply chain problems begin to dissipate and/or if inflation begins to decline, it is possible that there will be no hikes in interest rates at all. That is why most investors will be laser-focused on the Fed’s FOMC meeting on December 14-15, 2021.

Jerome Powell, the Federal Reserve Bank Chairperson, will have to walk a fine line between explaining the reasons for reducing asset purchases at a faster pace than first thought, and calming investors, who fear that the climbing inflation rate will mean higher interest rates in 2022.

The Street, which usually comes to a consensus on how the stock market will perform next year, is in total disarray. Some are warning of an imminent 10% decline, and anemic growth thereafter, while others are urging investors to buy every dip and prepare for another great year.  Value versus growth, commodities and materials versus big tech, large cap versus small, defensive sectors or even cash—it is all fair game, depending on who you listen to.

In last week’s column. I spelled out where the S&P 500 Index had to close in order to signal an all clear. That level was 4,650. We broke through that price level this week. So far, so good. We need to build on these gains and breach the 4,700 level. If so, we could expect further gains.

I also said I needed to see the fear index, the VIX, drop below 20. That has yet to happen. Until it does for more than a day or two, we can still expect big swings in the averages going forward.