Our stock market has gone nowhere since Thanksgiving week but it would be a mistake to believe that all markets have been on hold since that time. You just may be missing an opportunity elsewhere while politicians fiddle here at home.

After gaining back about half of the 8% decline it suffered after the election, the S&P 500 Index is within a point or two of its close o 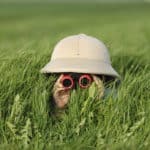 n November 23. Each day the markets vacillate gaining or losing a couple of points at the most. I believe this period of marking time will continue until there is some definite progress out of Washington.

In the meantime, you might want to look elsewhere. Asian markets, ex-Japan, for example out-performed just about everything else in November. Countries like Hong Kong, Taiwan, India and even China are attracting new money. But it appears to be a stealthy flow of investment without the usual fanfare. That usually means it is still early in the game for investing.

Emerging markets, once the darling of the investment community, fell off their own cliff back in 2009. Unlike the American market, they have never recovered. The combination of recessions in their two main export markets—Europe and the U.S.—plus the global move out of risk assets overall (because of the financial crisis) left these markets out in the cold.

China, which most economists believe has been the largest engine of growth in the global economy, deliberately put the brakes on its economic growth, fearing a major uptick in their inflation rate. And as China slowed, so did the rest of Asia. Times have been hard over the last 2-3 years, with the Chinese stock market suffering a 40% decline. But some brave souls feel it might be time to re-examine the prospects in this area. I agree. Latin American markets, I noticed, outperformed all other emerging markets in October, although not in November. I have even seen signs of some bottom-fishing over in Europe, which is suffering its second recession in three years.

What makes these markets interesting, aside from their low valuations, may be a potential turn upward in world economic growth. Remember, stock markets usually discount events 6-9 months in advance. Central banks all over the world continue to stimulate their economies. Here in America, if we can actually come to grips with our fiscal issues, we could see a pick-up in economic growth. Next year could surprise us if (and that’s a big if) the politicians cooperate and actually implement a pro-growth fiscal policy to complement the Fed’s on-going stimulus efforts.

Europe may not recover in 2013 if our economy starts to pick up steam, but it may stabilize. Over in China, there has been a regime change. Xi Jinping is the new president while Li Keqiang will be the new premier. The leadership transition was smooth and investors expect that the new leaders will continue to implement structural reforms while possibly calling an end to their tight money policies. Given that the money flow into China funds has been positive for the last seven weeks, some global investors are betting on a turnaround.

So as American investors and the media wring their hands at every hiccup in Washington, some of the aggressive money is investing in more fertile fields abroad. Emerging markets are risky and not for everyone, but if you have an appetite for taking on more risk then I suggest you follow suit.