Ahead of the Labor Day weekend, investors had little to do but bet on how strong or weak the unemployment number would be. It turned out to be weaker than expected and the markets rallied. 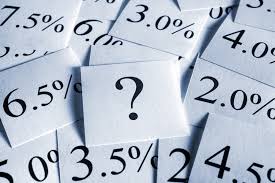 Yes, we are once again in a ‘bad news is good news’ environment.’ Weaker economic data means the chances of the Federal Reserve Bank raising interest rates at the September meeting is diminished. That means lower rates for longer, which equals higher prices for stocks, bonds, and commodities. None of the above disappointed on Friday.

Investors should take the action in the markets (both up and down) with a grain of salt. The real market moves normally begin after the unofficial end of summer, Labor Day. We will have to wait until then before identifying real trends in the markets.

It has been almost 40 days since the stock indexes have experienced a one percent move. That hasn’t happened since 2007. The pros are expecting a big move one way or another. The markets are coiled but the problem is which way will they move? But don’t look at stocks for the key. It is in the bond market where we may find clues to the next move.

What is the bond market saying about the chances of a rate hike in September? Traders are giving a hike less than 50%. So unless that changes, it remains a plus for a stock market advance. But is a rate hike really what is driving the bond market?  Sure, the central bank can raise the level of interest rates on short-term bonds, but they have little control over what really matters to the economy and that is long-term interest rates.

Ten and thirty year U.S. Treasury interest rates are controlled by the market, not the Fed. If long rates stay down, it is good for the economy and good for the stock market. If they rise, then the reverse is true. And it is here that the plot thickens.

The fate and direction of our long-term bonds are highly dependent on what happens in the global fixed income markets. All investors seek higher yield (along with safety). The country that provides the best deal gets the lion-share of demand for fixed income investments. Because our two main competitors in that market (Japan and the European Union) are offering negative rates of interest, demand for U. S. bonds have been highly popular among global investors.

What’s not to like. You get to own the safest bonds in the world and get 2.9% (in the case of 30-year treasuries) while other countries are giving you zippo for their bonds. How long can that continue? Until the European Central Bank and the Bank of Japan decide to change their monetary policies.

The European Central Bank will meet on September 8 and the Bank of Japan on September 21. All indications are that neither central bank has any plans on changing their stimulus policies any time soon. In the case of Japan, they may actually increase their stimulus. If that is the case, we can look to the U.S. markets as a place you want to be invested between now and at least the end of the year.

Now that does not mean that we are immune to market declines. In fact, we are overdue for one, but it will be a passing event and nothing to get worried about if and when it comes. Have a great Labor Day!

This special series of blog posts spotlights the individual team members who make Berkshire Money Management great – and a great place to work, too. Today we’re celebrating Financial Advisor Nate Tomkiewicz, CRPC® as he marks six years...
Spam emails, texts, and calls – we all get them. The offerings are usually too good to be true: a free cruise, an inheritance from a long-lost aunt, a free iPhone. Who wouldn’t want to be the lucky...
Bundling up on Black Friday to shop for great deals on TVs, iPods, and holiday gifts while still full of Turkey and stuffing is a thing of the past. While our bellies have remained stuffed, our Black Fridays...