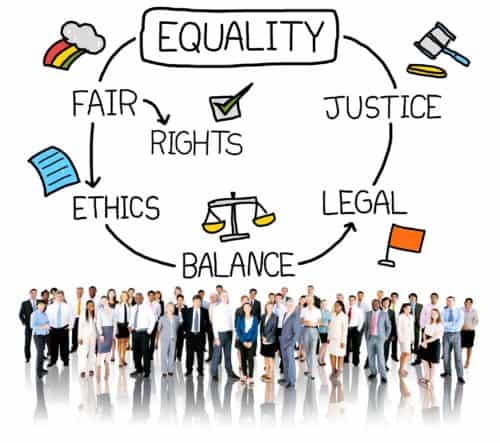 During the last week or two, the Federal government has done an about face concerning the impact of the ongoing coronavirus pandemic. From the nightly exhortations to social distance, work at home, and expect more deaths, the message has now switched to go back to work, re-open the economy and, oh, about those deaths, expect even more.

The Trump White House has “officially” left it up to the governors of the states to set a timeline for reopening their economies, since it is illegal to do anything else. The guidelines advise that each state should monitor the number of new cases. Only when they see hard evidence that those cases have not only plateaued but started to descend, then it would be safe to consider a gradual re-opening of the economy.

However, that is not what is happening. Informally, the president is doing everything in his power to convince, cajole, and threaten states to reopen, regardless of the human toll.  As such, the president has once again turned a national crisis into a partisan battle for supremacy.

As a result, many states (mostly with Republican governors beholden to the president) are ignoring the guidelines, even as coronavirus cases continue to increase in some of their states. And while state residents are supposed to continue to socially distance, wear masks and follow other guidelines, many are not only ignoring those restrictions but are actively protesting against them.

While large and small businesses alike lobby to open, the labor force is expected to toe the line and show up for work. If workers, afraid for their health, balk at these orders there will be hell to pay.  Aside from the threat of being laid off permanently, the states and companies have other means at their disposal.

Technically, if the state governments, for example, no longer consider the pandemic as a reason to claim unemployment, two things could happen. Workers would be unable to file for unemployment. Companies could also suspend health insurance benefits at the same time. Cruel, but effective. In addition, there is an added benefit to the politicians. The unemployment rate would come down, because those workers who refused to go back to work would not be “officially” counted as unemployed and would be taken off the jobless rolls.

From the administration’s point of view, with just six months left to the election, the economy needs be on the mend by then, and unemployment dropping. However, over the last several days, many areas of the country continue to experience both a rise in COVID-19 cases and a higher death count. Given those facts, the political and economic argument has necessarily had to change from “things are getting better, so re-open” to “sacrifices must be made just like in any war.”

The issue for workers is that they are on the front line. Reported cases of virus-infected employees at various “essential” businesses such as Walmart, Amazon, and several meat processing plants throughout the country, make the danger all too apparent. What is worse, few of these establishments have done much, if anything, to attempt to safeguard returning workers from catching the virus.

What makes the situation even worse is the continued lack of testing throughout the country. Not only does that dilemma understate the number of cases/deaths attributed to COVID-19 but leaves workers completely at the mercy of whomever walks through their doors. This lack of testing has already led to multiple cases of the virus in some stores, plants, and other companies, especially where workers are packed together.

And yet, as the government ignores its own medical experts, and urges businesses and workers to return to work, is there any recourse? Out of work, worried about how to support their families, it appears laborers will be forced “to do,” and maybe die, or at least get real sick as a result.

I suspect that if this scenario does play out, lawyers will be busy from here to eternity as individual employees and worker class action lawsuits proliferate. Of course, as a next step, the government could rule that companies in this situation would be held harmless. That sort of legislation is being discussed presently. If so, workers may have no recourse at all.

Dalton — Investing in stocks just got more attractive because of a policy shift announced by the Federal Reserve’s Federal Open Market Committee on Aug. 27. Details are found in the Federal Reserve’s statement of longer-run goals and monetary strategy....
There was a time, when obtaining a protective mask to combat the spread of the coronavirus was almost impossible. That time has passed. Today, as more than half the country requires citizens to wear them, masks have become...
It always happens. Sometimes it takes longer than one would like, but sanity returns to the stock market when you least expect it. The only word that accurately described the stock market at the beginning of this week...