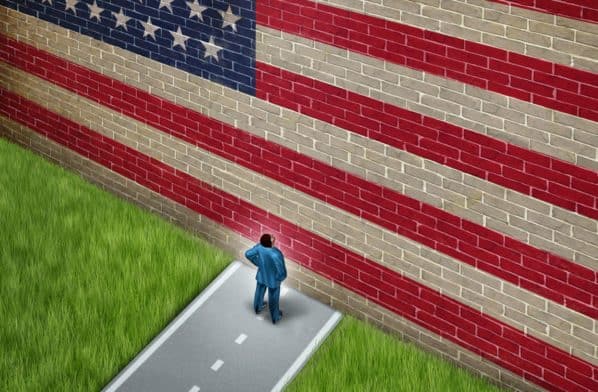 November 21 will mark the deadline for the nation’s lawmakers to approve a government budget for next year. Given the animosity between the two parties, the present all-encompassing focus directed at an impeachment inquiry, and the rage of many congressmen towards Trump’s handling of the Syrian Crisis, is there any hope for a meeting of the minds when it comes to a budget resolution?

Right now, I would say it is a good bet that Congress just does not have the time to pass all of the 12 annual spending bills that are required to fund the portions of the government that Congress controls. Some of those bills will come up for a vote next week. That should give us an indication on whether there is enough good will between the two parties to do anything more than pass yet another short-term spending bill.

However, none of what Congress might do will matter if President Trump decides not to sign it. Trump has already said he is not interested in signing any domestic spending bills until there is an agreement on additional funding of his border wall.  If this sounds familiar, it is, because the same thing happened last year.

In December 2018, the U.S. Republican-controlled Senate unanimously approved a resolution to keep the government funded, but they postponed a decision on funding a wall between Mexico and the Unites States. Trump wanted $5 billion to pay for some of it, which would have fulfilled one of his campaign promises but broke another one (his promise to have Mexico pay for it).

Trump might have signed it anyway, but criticism from some of his hardline media supporters (like Rush Limbaugh and Ann Coulter), who called him” weak” and a “loser,” stung Trump’s fragile ego. The rest is history.

The federal government shut down from December 22, 2018 until January 25, 2019. It was the longest government shutdown in history. It ruined both Christmas and New Year’s for an enormous number of Americans. Federal workers suffered the most from Trump’s actions. And yet, after 35 days of misery, Trump agreed to sign the same deal he could have had five weeks earlier and avoided the shutdown altogether.

After over two years of turmoil, it seems clear that when cornered, the president tends to strike out, attempting to cause the most damage to all those who he believes are against him. Almost 50% of Americans support removing him from office. Republicans are criticizing him for handing over Syria to his “great friend,” Vladimir Putin, and no one liked his self-serving efforts to hold the next G-7 meeting at one of his Florida hotels.

How better to alter these story lines than by once again threatening to shut down the government, unless he receives more money to build his wall? Washington insiders believe his game plan could be to Divert attention from his problems. He could resurrect the image of ravenous immigrants attacking our southern borders, while blaming the Democrats for being weak on border security. He could even pin his failure in Syria on Congress for not spending enough money on national security.

Of course, the real victims in such a scenario would be the American people. But maybe I worry too much. Maybe the president will have learned from his past mistakes; but then again, how can someone learn from something he has never made?