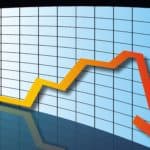 There was a time when municipal bonds were a staid but safe investment. Tax conscious investors, widows and orphans would plow money into these debt issues of towns, cities and state municipalities fully expecting price stability and a predicable stream of interest payments. No more.

What makes municipal bonds appealing to many investors is that interest income received by holders of municipal bonds is often exempt from federal income tax and from the income tax of the state in which they are issued. But ever since the financial crisis and the recession that had accompanied it, state and local governments have had a hard time of it and their bonds have reflected that trading in a wide range similar to stocks and other riskier investments. Vast sums have been made and more recently lost in Muni bonds as investors bet on which states and towns would go bust and which would survive. The betting continues unabated.

Over the last two months the entire $2.8 trillion market has seen a sizable decline in value. In just one day last month, for example, these bonds were hit by over $3 billion in redemptions. By the end of that week bond sales totaled $15.4 billion. The average municipal bond fund suffered a 3.7% loss for the month. Losses overall are approaching 6% for the year which is a modern-day record.

Underneath those headline figures is a market where investors are feverishly sorting out those state and local governments with strong fundamentals and even stronger prospects and those that don’t.
Forty-six states experienced budget shortfalls this year and 39 of them have projected gaps next year totaling $112 -$140 billion. Tax revenues this year dropped 3.1%, although that’s an improvement over 2009’s decline of 8.4%. However, most states expect property taxes to begin to decline next year. These taxes tend to lag real estate prices by about three years since assessments trail prices. Towns and municipalities rely on these taxes for at least 25% of their revenues and they look to the states for at least another third of their budget in state aid.

States have no money to lend, however, because their own taxes continue to decline due to the large number of unemployed, slow economic growth and the inability to raise taxes while residents are struggling to make ends meet. In 2011, states will also have to begin paying back to the Federal government the $40.9 billion they borrowed interest-free through the stimulus plan.

In a similar fashion to the debt problems within some countries in Europe (Greece, Ireland, Portugal, Spain and Italy), here in the United States we too have our weaker states with Illinois and Nevada most often rated the states most likely to experience further economic turbulence. As in Europe, those weak sisters must pay substantially more in interest to attract investors to their bonds while states that have a better financial footing benefit by paying less.

In addition to the shaky finances and unknown risk that confronts this market in 2011 we also face the prospect of interest rate risk –the threat of higher interest rates in the government markets (see my column “Why are interest rates rising?”).

If you must own municipal bonds, then switching from bond investments in weaker states and localities into bonds issued by stronger municipalities seems to me a is common sense tactic to employ right now. Secondly, stick with revenue bonds as opposed to general obligation bonds.

Revenue bonds repay investors from a specific source such as a highway toll rather than from a tax. General Obligation bonds, on the other hand, are secured by a state or local government’s pledge to use whatever resources necessary (such as new taxes) to repay the bonds.

At the end of the day, Muni bond bulls argue correctly that if push came to shove the Federal government would bail out any state that was on the verge of bankruptcy. In turn, any state would rush to the aid of a municipality within their domain that was on the verge of failure. I don’t dispute that. And if it came to pass that something like that were to happen, it might be a buying opportunity to really aggressive traders but not for widows and orphans. For those who depend on these revenue streams to pay the bills, a far better approach is to simply sell the riskier securities and buy those that offer greater security.